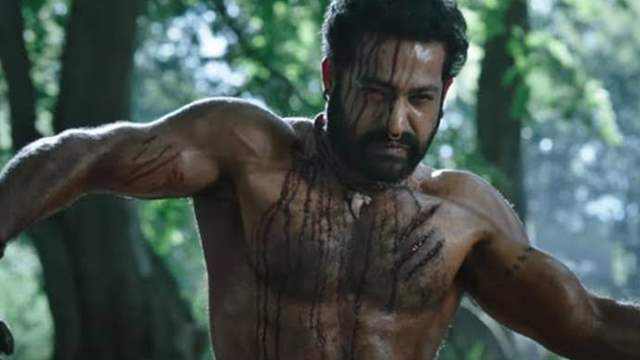 The film, RRR is a rage among audiences already, the SS Rajamouli directorial stars NTR Jr., Ram Charan, Ajay Devgn and Alia Bhatt. While, the look of every other character has been unveiled, NTR Jr as Komaram Bheem has been the most-anticipated.

RRR Movie's official social media handle announces that on the occasion of the actor's birthday tomorrow, a poster will be revealing him as Komaram Bheem in RRR. The poster reads, "Unveiling Intense Komaram Bheem Tomorrow at 10 AM"

The post read, "Unveiling @tarak9999 as INTENSE #KomaramBheem tomorrow, 10 AM. ??#RRRMovie.We urge all fans to stay home, stay safe and not to come out to celebrate!”

The revelation of each character has left audiences anticipating for more, in such magnanimous and phenomenal ways the makers have struck the right chord with the audiences expectations. The project is helmed by SS Rajamouli, who is the mastermind behind the path-breaking Baahubali series. And much like the series, this film is filled with grandeur and promises to be a huge blockbuster.

The film is a period drama like never before, a fictional take on the younger days of celebrated freedom fighters Komaram Bheem and Alluri Seetharamaraju. This much-awaited Pan-India film will have a worldwide release on the festive occasion of Dursshera on October 13, 2021.

Produced by DVV Danayya, RRR is directed by India's most celebrated filmmaker SS Rajamouli, PEN Movies having the rights of the film will be distributors of RRR across North India. The film is set to release in Telugu, Tamil, Hindi, Malayalam, Kannada, and several other Indian languages.