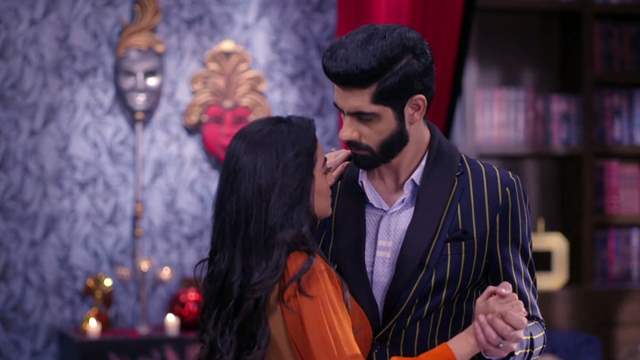 Ishq Mein Marjawan 2 moved to its OTT platform just recently and well, it sure has been doing well with the fans. Featuring Rrahul Sudhir and Helly Shah in the lead role, the duo has managed to garner quite the strong fan base and also, for an already successful franchise, the show has only been doing better. With its move to the digital platform, it does provide the makers with a sense of freedom, among other things. We got in touch with Rrahul about it and he feels the same, especially since their show is a thriller.

As for the shift, he says, ''I think it's a very very positive movement for the show because it is not meant for the current Indian television and as a thriller show, you can't set boundaries because there are a lot of restrictions on TV. I think the way the whole intellectual property has moved to Voot, gives us a lot of liberty and a lot of freedom to show things the way we want. We will be able to shoot and make it more enjoyable and also to actually give it an edge.''

We were bold for Indian television already and it also got us the popularity that it has garnered, but what we wanted to do was be ethically correct, so it meant that we get realistic, but it does not mean that we will get dirty just because now we have the liberty to do it.

With the webspace, also comes a lot of stereotypes, including how makers take it as an opportunity to produce bold content, often without any need to do so. Rrahul, feels that this is just their way to make it more realistic without changing it into something totally different.

He says, ''I don't want to comment on what others are making because it is their efforts and their call at the end of the day. But as far as Ishq Mein Marjawan is concerned what we wanted to depict basically was to be able to shoot with guns and show the blood because it is a thriller and things do get dirty, so we just wanted to go more realistic and that was the idea, not to get bold. We were bold for Indian television already and it also got us the popularity that it has garnered, but what we wanted to do was be ethically correct, so it meant that we get realistic, but it does not mean that we will get dirty just because now we have the liberty to do it. And also, most of our audiences have been television audiences and they are moving to the webspace and you don't want to totally shock them with something crazy, because you can't take a complete 360-degree turn.''

As for the response on OTT, it is being received with a lot of love and has been keeping up with a rather interesting track!

28 days ago It is of course a positive movement but still the story seem like a sasta saas bahu thriller. Only good thing is, Riddhima giving back to the one hated her sometimes...

28 days ago Bold, seriously! Even in the web, the show is not doing anything spectacular. The constipated black box mystery with weird Riddhima's identity was dragged like a chewing since the very first day. Everything is stereotypical here especially in this season. Even in thriller like this, girls walk on fire, do make themselves life in danger for proving love, creating so much drama over mangalsutra and Sindoor, getting packed in a suitcase etc...