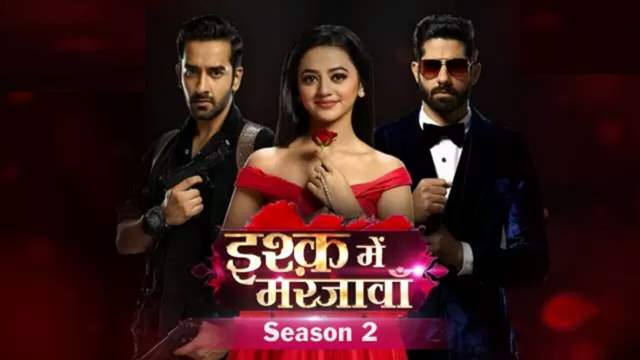 Ishq Mein Marjawan 2 has been in the news ever since it went on-air and much like the acclaimed season 1 of the show, the romantic thriller grabbed a lot of eyeballs. The show went on air in July 2020 and will be going off-air on March 13.

The show has been in the news for multiple reasons, one of them also being the highly hilarious episode where Helly's character is shown to have fallen into a suitcase, among other things. A while go Rrahu's character also underwent a change of look, which was received well by the audiences.

We got in touch with Helly, who confirmed the development about wrapping up the show for TV and moving to the OTT platform.

+ 7
1 months ago Colors TV is one of the worst channel. It doesn't allow the shows to build up stories and give the makers the freedom to tell their own story. We live in a digital world where TRP no longer reflect the viewership number. IMMJ2 recently won the best show award. And still the channel is not convinced that this show is the best show they have on their channel? Wow! The timeslot is not fair for a thriller show like IMMJ2. It deserved to be change to 9.30 or 10. But now I just hope we all can make the show successful on OTT and the cast remain the same. 90s and 2k kids and will not watch Saas-Bahu shows, so there is clearly no future of Indian shows, if you keep giving us the same Soap drama shows on TV. All veteran actors have not done any TV fiction shows for a long time, cause the content is bad. Many of them are doing OTT projects. Example: Sanaya, Barun, Drasthi, Gurmeet, Rithvik, Asha, Ravi etc.

1 months ago But TRP around 1.0 is not bad for this time slot, especially when the rival shows have almost the same ratings, just a little higher. Why doesn't the channel give them some more months on TV, so they can finish the story properly? And what guarantee is that the new show will get higher TRP at 7 o'clock? Sometimes, shows on this slot even struggle for 1.0 TRP.

1 months ago The only show i watch is Immj2... TRP topper all the show is bullshit but still get audience its so sad.

1 months ago It’s good. In OTT platform they can focus more on the story rather than trying to draw in TRP audience with senseless plots. Also this TRP system is not letting max good shows stay on.

1 months ago It's nothing new how shows are being pushed to OTT. There's only space for saas bahu drama on tv

+ 6
1 months ago very soon tv will be only for TRP games...Imlie and kumkum bhagya types nonsensical shows

1 months ago Indian series should make a real revolution in everything rather than the dust spreading out from this industry. WAKE UP people bring new blood writers , directors ... all fine actors are running away from TV with no regrets.