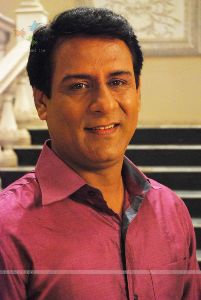 Saas Bina Sasuraal saw a glimpse of Pashupati's (Rajendra Chawla) past in yesterday's episode. The latest from the sets of the Sony show is that Roshni Banerjee will enter as Pashupati's wife by the end of this month.

Our reliable source informs, "Roshni Banerjee will be essaying the role of Malti who is Pashupati's wife. She had earlier left the house due to some differences with her husband. She will soon be back in his life".

"Roshni has just shot for the flashback scenes, but her actual track will go on floor by the end of January. She will enter the family and will try to poison Toasty's  (Aishwarya Sakhuja) mind that this family is not worth living with, as they don't know the value of a woman. The future track is yet to be developed, but it's surely going to bring about a twist in the story," adds source.

We too hear that Toasty will soon get a letter to re-join the school. This will again lead to problems, as her family does not want her to work. But with the passage of time,  the family members allow her to resume her school duties.

We contacted Rajendra Chawla and he confirmed the Buzz.

Let's see how Toasty's life changes with the arrival of another woman in the house..

+ 3
10 years ago great ....thanks...the way slowly slowly family memebr also trying to adjust with toasty....i am liking it...the growth and progress of the story...and we know thi snew woman will end up chaning her view....

10 years ago Toasty has been, till date, shown as an understanding women who understand everyone in the house and stand up for them...I hope when Malti is trying to change Toasty...it goes Vice versa and Toasty changes Malti and reunite her with Pashu as he seems to be a very nice character, which we have seen in the past episodes.

+ 2
10 years ago Finally the story moves ahead but with Malti trying to brainwash Toasty, I hope it doesn't turn out to be some typical Saas-Bahu type saga.

+ 2
10 years ago thanks for sharing...lets see how the twist works