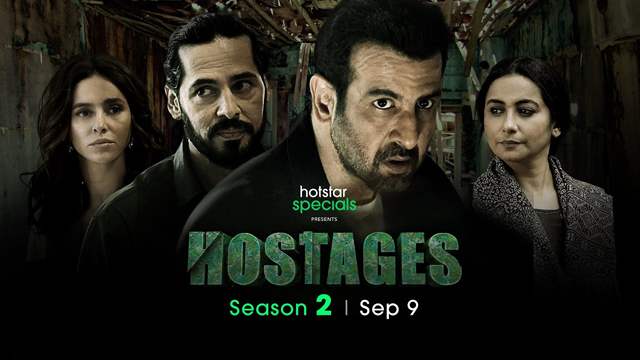 Directed by Sudhir Mishra, written by Nisarg Mehta, Hostages Season 2 is one that is sure to get all of your attention and rightly so. While there might be an uprise in thrillers and mysteries as far as the webspace is concerned, this one is not one of those random shows that have taken over the OTT platform. With an interesting cast of Ronit Roy, Dilip Tahil, Mohan Kapur, Amit Sial, Faezeh Jalali, Aashim Gulati, Divya Dutt, Kanwaljeet Singh, Sachin Khurana, Danish Hussain, Shweta Basu Prasad, Shibani Dandekar, Dino Morea, Surya Sharma, among many others, the show sails through and keeps afloat until the very end.

While the first episode pretty much starts off from where things were left off earlier, you are sure to feel the connection that Prithvi Singh along with others developed earlier. However, one has to admit that things have gone a notch higher this time around and it is not just in the plot or the complexities that follow, but also the sketches of each and every character.

For someone who is a fan of Money Heist, I loved the feels that it gave with the set up outside this time around along with the negotiator, and other police forces. While you are hooked to what is happening and there are too many things happening all at once, it is very less likely that one feels lost at any point of time. 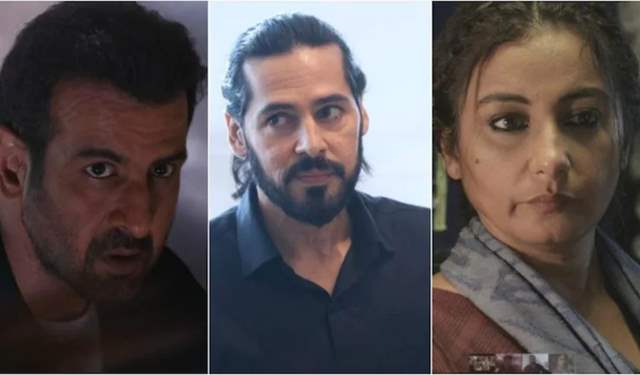 Even though there are multiple plotlines running all at the same time, we know that there are connections elsewhere and that in the end, things will only make sense, which they kind of do, and really well. What also draws our attention is just how this time, there are other locations and not just confined to the house where the earlier hostage situation took place.

As CM Handa is taken hostage by SP Prithvi Singh, there is very little that others realize, but Shweta as the reporter, Divya as the negotiator, Dino as the assassin, are just some of the highlights this season. While it is humanly impossible to highlight just how each character has panned out like an absolute treat, one also has to give it away to the experience that this show provides.

Something that also piqued our interest is the mentions of other countries like the UK and Bangladesh, making things look bigger, and giving it a wider approach in more than one way. The conspiracies going around all unleash themselves in the right time, but some questions will remain with the final scene on the show. (Not giving away spoilers now, am I?)

With very little that one can find in terms of the loopholes, there are instances when you wish things played out in a different manner, or how some of the 'Oh my Gods' might not make sense. While some bits and pieces might feel that way, the show is one that is not going to make you stop until you binge it away!

At one point of time, Ronit Roy aka Prithvi says 'Zindagi mein thoda pagalpan zaruri hota hai' and Hostages Season 2 is a lot of that, the kind that we need.