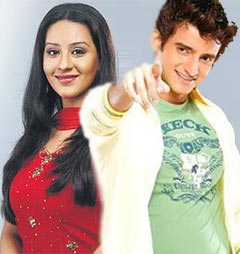 Featured Video
However, interlinked with the girl's entry is the very important cameo of the much-in-love Romit Raj and Shilpa Shinde, who were earlier seen together in Zee's Maayka, from where their love blossomed. An interesting fact is that Rajan Shahi had directed the duo in Maayka, and shares a great rapport with them.

An excited Shilpa tells Telly Buzz, "It feels great to be back on screen with Romit, after Maayka. I essay the character of Aastha who happens to be the elder sister of the new lead of the show, Suhaani (Archana Taide). In fact, our father and Satyanarayan Tripathi (Yatin Karyekar) are friends of the past, and when the Tripathis get to know that my marriage is fixed with Akshay (Romit Raj), they insist that the wedding takes place at the Tripathi house. Ours will be a cameo, and we doing this for Rajan ji".

Romit Raj is also doubly excited to have got a chance to be part of Directors' Kut again. The actor played a cameo earlier in Rajan Shahi's show on Star Plus, Bidaai. "It's a fantastic feeling to be part of Rajanji's team again. Mine is an out and out positive role; Akshay is a guy who has his moral values intact, a person who any mother would love to have as son. Shilpa and I will go on to play a couple in the show", states Romit.

Romit and Shilpa will have a dress rehearsal of sorts for their real marriage, on the sets of Swarg. In real life, the couple is all set to get into blissful marriage in November 2009, but will go thro' the marriage customaries first in Rajan Shahi's Swarg. This is where the Tripathis will get to know Suhaani (Archana Taide) more and she will go on to be the love life of one of the sons of the Tripathi family.

We called Producer Rajan Shahi who expressed his happiness, and said, "Romit and Shilpa are a very nice couple, and I am extremely thankful to them for accepting this cameo role in my show. As friends and celebrities, both of them did not bat an eyelid, and never thought twice about the role offered to them. I know that Shilpa would not have done this cameo for anybody in the world except me. It's a warm feeling to have them as part of my Swarg family". 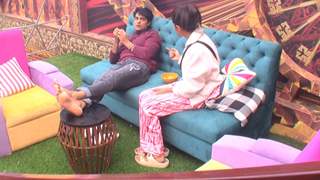 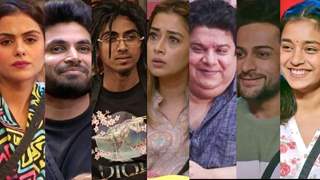 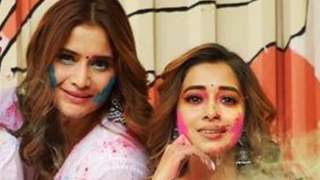 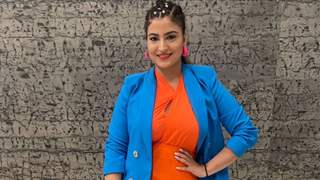 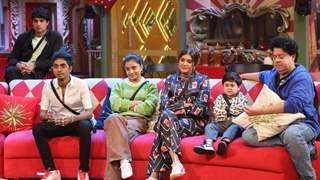 13 years ago wat?!?!.....romit and shilpa are a pair?!!?...noooooooooooooooooooo!!!
they dont luk gud together.....shilpa luks way too huge and older wen compared to romit!

+ 4
13 years ago They are a real life couple.. dnt tell me tht.. Shilpa looks wayy too older thn Romit.. Romit is too cute and Shilpa is an oldd lady /aunty.. i never expected tht.. love is blind..lol

13 years ago wow!! tht's so cute !!
i love them together. god bless them. and hope they will get married very very soon.

+ 2
13 years ago wow i didnt know they were a real life couple....
i dont really watch swarg or have the channel so i couldnt care less :)

+ 2
13 years ago my fvrt couple togaether again,, im shoo glad., love to see them again together

13 years ago wats the big deal abt shilpa doing a cameo only for rajan..never knew she was that famous

+ 7
13 years ago shilpa would never done a cameo role whyyyyyyyyyyyy?an actress must do everything bollywood actress also did and are still doing cameo or special appearance.shilpa is only from tellywood.

+ 7
13 years ago Thanks for the article...I don't like shilpa much...
@kowshik08: This article is NOT about bidaai, so you don't need to bring bidaai in here...anyways if you can't say anything nice, then don't bother