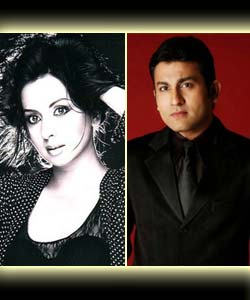 Shashi- Sumit Mittal's newly launched Punar Vivah has opened up with good TRPs of about 2.6 and the show seems promising with the star cast. The lead pair, Gurmeet Choudhary and Kratika Sengar, has indeed clicked with the audience.

And the latest we hear is that two new characters are on the verge of joining the bandwagon.

Ashish Kapoor confirmed. "I would be essaying Major Khanna in the show and is very much open minded and very friendly with the family. He is very emotional while he cannot hold back his emotions."

Roma Bali states, "For the first time I am getting out of the same old typical 'bahu' look with heavy jewelry, in fact I would essay a modern mother this time and its great working with such a nice production house. It's my first day of shoot and an amazing experience."

An anonymous person from the industry confirmed the buzz.

Let's see what these two characters bring in to the show.

8 years ago gurmeet you rock as yash. you were awsome yesterday

BleedBlue 8 years ago GC u are Most amazing and skilled actor - and a wonderful human being. keep up the good work and entertaining us. Best wishes to you.

8 years ago I don't recognize them but i hope they will have a good role in the show!

+ 7
8 years ago New strats welcome... Gurmit is ocking as yash and KS is laso looking good as Aarti... loving the show...

8 years ago ALL THE VERY BEST GURMEET & THE ENTIRE PV TEAM.

8 years ago your are well here. PV is coming along really well. We are enjoying every bit of it.

Fiona16 8 years ago gurmeet,u r the only one who rules our heart