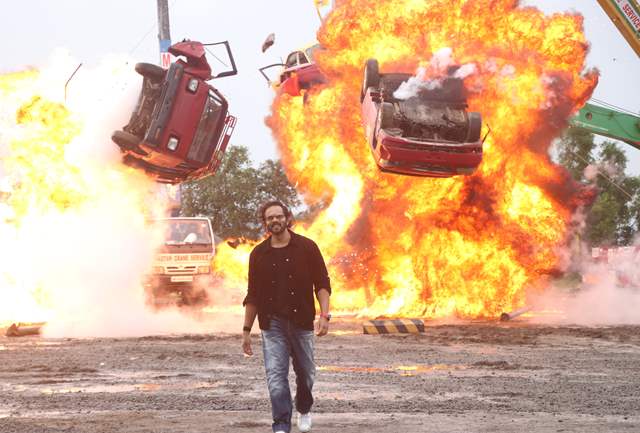 Khatron Ke Khiladi Made in India will see a high-octane, power-packed finale as the contestants compete with each other to claim the champion's trophy. The finale weekend will see Rithvik Dhanjani join the contestants and give them some hilarious, undoable Yoga poses before they go for their stunts.

The contestants will face some of their biggest fears including some rather ferocious creepy crawlies. Haarsh Limbachiyaa will face his moment of truth as he comes face to face with fearful pythons considering snakes are his biggest fear

Khatron Ke Khiladi limited edition Grand finale will see one of the biggest stunts designed by Rohit Shetty in this season. The stunt will be a full Bollywood movie action pack kind of stunt where the contestants will have to find a stolen necklace. They will be racing against the clock as they face explosions, car blasts, and shattering glass to finally reach the destination.