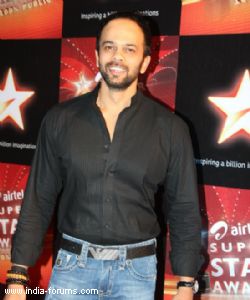 After delivering, back to back comedy blockbusters followed by a  classic action flick, Rohit Shetty is back to the small screen with UTV Bindass' Big Switch Season 3.

According to a source, "Rohit Shetty will play an important role, which will be disclosed in the first episode of UTV's Big Switch Season 3. This is the first time he will be associated with such a unique format. This isn't the first time that he's donned the hat of a judge, Comedy Circus being the latest one. The show will be hosted by Natasha Suri."

Kangana Shares Video of Anurag Confessing To Have 'Abused a ...
27 minutes ago