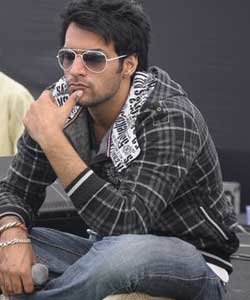 Tellybuzz has been keeping you updated on the latest developments on Zee TV's Pavitra Rishta and the suspected cast change and story leap.

According to our source "Shaleen Malhotra, will be making her debut to fiction shows with Pavitra Rishta. Shaleen will play the character of Varun, Dharmesh's eldest son. His character is considered to be highly positive, that of one who loves and cares for his mother dearly."

Will the fresh cast bring back Pavitra Rishta to it's lost popularity? Stay tuned to Tellybuzz for more.

RadhapriyaG_01 8 years ago I really do hope all these actors bring PR popularity back, otherwise its just going to be a flop like some of Ekta's other serials.

kathy71 8 years ago All of Etka's shows have failed miserably after the big leap
list is endless- bandini, kasauti zindagi ki
Ekta has never learned from her mistakes

kshah1371 8 years ago with so many new faces what will the old cast do ... stand and serve them food or make them sleep

Viru_Neutrogina 8 years ago Hope to c u in the forthcoming episodes!!!

Princyz_Belle 8 years ago looking forward for the leap..Best of luck PR...

rashi85 8 years ago why cant we have ranvijay tooo i wud def watch it then ;)

_mahi_ 8 years ago whatever..!! no one can beat Sushant.. he was the heartbeat of this show..

'Guddan: Tumse..' To Witness The Acting Debut of Shalini ...
8 hours ago