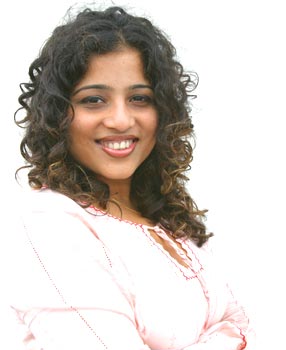 The popular dance reality show Jhalak Dikhlaa Jaa Season 7 on Colors which is gaining immense applause from the viewers is all set for the wild card round.

As reported by us earlier the bold actress Kainaat Arora has been approached as a wild card contestants in Jhalak Dikhhlaa Jaa Season 7, another name which seems to have been confirmed is renowned Radio jockey Malishka. Yes you all heard it right!

Popular RJ who has won the hearts of her listeners on the music channel Red FM 93.5 will be seen grooving on the stage of the popular show.

Malishka will be seen experimenting with the new medium which is TV. As this RJ is known by the listeners across on Radio, it would be interesting to see Malishka setting the stage on fire of Jhalak.

Malishka has tweeted about her entry which says, "Ok, butterflies in stomach again! Out of comfort zone.Going to shoot n all n all.Also excitement. .Wish me luck...Coz I'm gonna be on...?;)"

Well, RJ Malishka Mendonca was last seen in Zee TV's show Connected Hum Tum where the audience got to know her more closely. This time she is all set to explore her dancing ability in front of the viewers through her participation in a well-known dance based show Jhalak Dikhhlaa Jaa Season 7.

Telly Buzz wishes her good luck for her new show!!

piggie 6 years ago ali re Aali Malishka aali.. shendi laag ne k liye LOL..!!
so excited to see her.. :) :D
but dance :/
whatever till she adds the Malishka show element in here n entertains us.. no complains :)

Anika_PreRish 6 years ago Awesome.. Waiting for her entry.. All the best..

OindrilaVirgoan 6 years ago All the best Malishka for JDJ..hope you do well :D

-Alina- 9 years ago I'm grown up watching this legendary movie. And Amir and Salman not as Amar Prem??? what?? you think their fans will watch it???

ObodroKargosh 9 years ago like the person below me said, aamir and salman made amar prem! you can't just think that AAA fans will even watch this!
just like how KKHH animated didn't work...i am sure this won't either

why use AAA! it's the best movie EVER! don't ruin the essence of the movie by making it go cartoon
i wouldn't even want a sequel because it's in the history of bollywood that sequels don't work! leave it like it is! its impossible to bring back the magic AAA created back then!

pratapsulya 9 years ago That was an legendary movie in comedy... Happy to see the remake but Salman and Aamir's acting was the main reason of the hit of this movie...

SweetSona2010 9 years ago Andaz Apna Apna is one of my favourite comedy movies! I just love it. :)