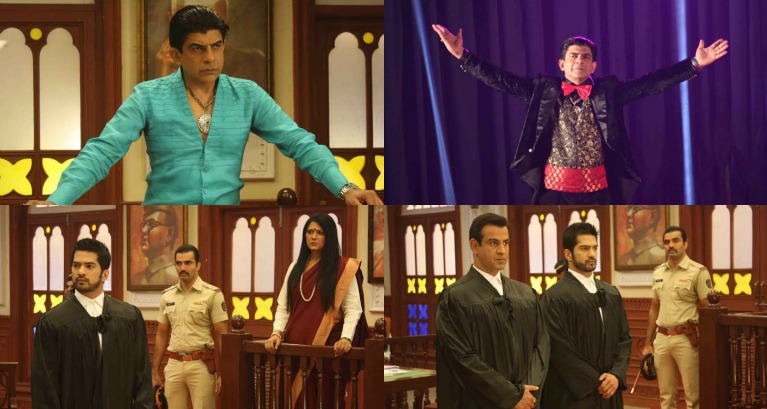 As earlier reported, actor Amit Tondon will be seen in the episodic of  Adaalat as a lawyer and now next to join Amit is Ritu Raj Singh.

Ritu Raj Singh is recently seen in Warrior High on MTV India, has been roped in for an episodic of Adaalat.

Our source says, "Ritu Raj Singh will be seen as the world's greatest magician Trikon. Once while doing his show he will be speechless as suddenly an unexpected incident will occur with him. A man who was a wanted criminal Dr. Prakesh who goes missing 30 years after committing a murder will suddenly appear while Trikon will be doing an act in his magic show."

"Things will become worse when Trikon's assistant will murdered and the blame will be put on Trikon. Thus, Trikon will be accused for giving shelter to a criminal as well as will be accused in the murder of his assistant. KD (Ronit Roy) will fight his case and will try to prove him innocent," adds the source.

"Apart from Ritu Raj Singh, actress Usha Bachani will also be seen in the episode. Usha will play the character of an eye witness whereas Amit will be seen as an advocate," ends our source.

When contacted Ritu Raj Singh, he said, "Yes, I am coming on the show as Trikon. It is a very interesting character as it has two shades. It was a great experience shooting for the role because after a long time, I did some aerial stunts and so. Though I have a vertigo problem, still I did the stunts. I am really looking forward for the episode."

TellyBuzz wishes Ritu Raj Singh all the best for the show!

6 years ago Ronit Roy love u as KD Pathak in Adaalat! :) Waiting for the episode :)