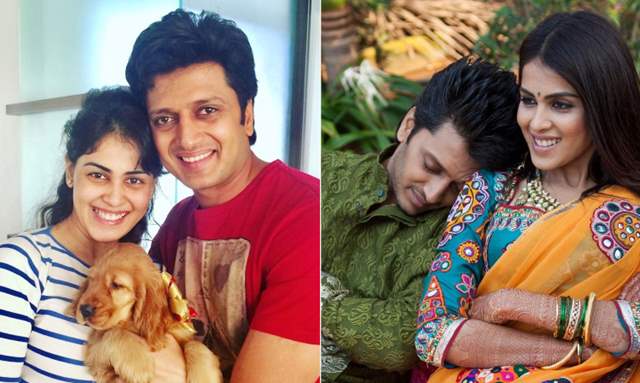 Genelia D'Souza (Deshmukh) and Riteish Deshmukh top the list of adorable couples in Bollywood. The duo has consistently set relationship goals and they know how to rekindle their love. On February 3, 2021, Riteish-Genelia celebrated their 9th wedding anniversary with a sweet dinner date.

Now, during an interview with MensXP magazine, the Marjaavaan actor shelled out the secrets that keep their marriage intact and how the two have continued to be with each other for nearly two decades now.

Riteish - a father of two (Riaan Deshmukh and Rahyl Deshmukh) spoke about respecting one’s individuality and avoid invading each other’s space. He revealed that it stems from mutual respect for each other and the couple might have had disagreements but they can’t cross the boundary of respect we have for each other.

The actor further elaborated his point and said, “There’s a thin line called respect which can easily be breached. If you are aware of your limits, it can easily be handled. Beyond a certain point, things can be disrespectful. A man has no right to disrespect his woman and vice-versa. If the two of you manage to attain it, it’s a relationship of two equals. I believe a conversation can resolve everything and we have maintained that respect in our relationship since the inception.”

Riteish and Genelia Deshmukh made it to the film industry with their debut film ‘Tujhe Meri Kasam’ which they began shooting in 2001 and hit the screens in 2003. The duo started dating each other In 2001 but the two always kept mum about their relationship. Eventually, their relationship bloomed and starring in films like 'Masti' and 'Tere Naal Love Ho Gaya', the two finally tied the knot in February 2012.

“It’s been 19 years and you need to find newer things. We just started walking at the Worli-Sea Link with our masks on and we communicate in silence. We are just walking together holding our hands,” added Riteish Deshmukh in his interview with MensXP.

Genelia agreed to the same and said, “I think it’s true what Riteish just said and I always say that every relationship is a work in progress. It will have its new phases but it’s important to respect each other’s opinions and this is where most couples have the nastiest arguments. It’s all about moving on but also it gave us a new perspective. Communication has never taken a back seat in our relationship.”

Meanwhile, on the work front, Riteish was last seen in ‘Baaghi 3’ alongside, Tiger Shroff, Shraddha Kapoor and Ankita Lokhande in lead roles.