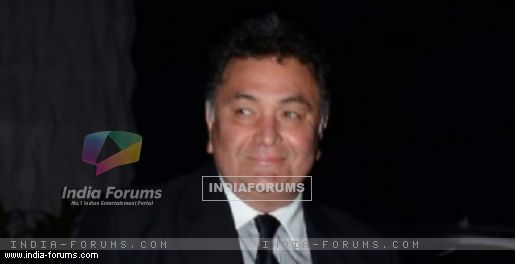 Veteran actor Rishi Kapoor, who was contemplating quitting Twitter, has decided to stay put on the micro-blogging site at the behest of filmmaker Sajid Khan.

"Back. Welcome reprieve for Salman. Unprecedented reaction to this news. Was wondering mere Twitter wapis aane pe Kya 1/100th% reaction hoga (Wondering if my return to Twitter will generate 1/100th percent of reactions that the news of the suspension of Salman Khan's five-year sentence generated).

"Sajid. You are responsible for my coming back. Tweeple. If I do anything wrong lynch this man Sajid. Thank you Twitter for welcoming me. Touched," Rishi tweeted on Friday.

"Hi. Thought about it. Too much negativity abusive language and disregard for seniors. Will retire from Twitter coz it has only given me grief," the 62-year-old tweeted on Friday.

Multiple celebrities, including Anupam Kher, Sonam Kapoor and Raveena Tandon, appealed to the "Bobby" actor to avoid quitting the platform.

"Sir! You are letting them win if you retire. Be on Twitter on your terms. There are millions who love you too," Anupam tweeted, while Sonam said: "We love having you on Twitter."

Rishi was among the Bollywood faces to tweet in support of actor Salman Khan after the latter was convicted and sentenced to five years in jail on Wednesday by a sessions court here.

On Wednesday, the "Bobby" actor had written: "The Kapoors are with the Khans in their difficult time. Time is the biggest healer. God Bless!"

However, he also went on to express disagreement over Bhattacharya's insensitive Twitter comment where he blamed the accident victim for "sleeping on the road and getting killed."

Rishi had reacted by posting: "Ashamed of Abhijit the singer and some Ejaz Khan. Bunch of idiots and non starters."

The actor then added another tweet: "Sorry to say but only wannabe Chamchas of Salman siding him with ridiculous support. Hum bhi well wishers hain but give logical explanations."

Later, Rishi cleared the air by tweeting that his "chamcha" comment and that his use of the word was only for people like Bhattacharya, and that his family was always with the Khan family.