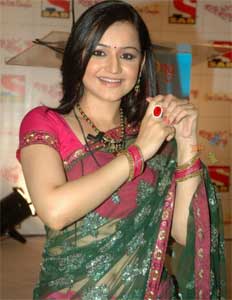 Telly Buzz had already reported about SAB TV shows Ring Wrong Ring and Gili GilI Gappa bidding adieu and Ammaji Ki Gali taking its place. The latest we hear is that Ring Wrong Ring will have an abrupt end and the Production House might bring the show back with a second season.

A source reveals the track "In the last episode, Mansi (Muskaan Mihani) will give back the ring to her Bauji realizing that anything is possible with hard work. But Bauji will not be ready to take it back and will keep it in the mandir in the house telling her that she can take it whenever she needs it."

We contacted Muskaan and she told us, "Yes, we shot for the last episode wherein Asif (Asif Sheikh) and I shot a romantic track with the song Main agar kahoon from Om Shanti Om. It was fun shooting the sequence and I will miss the whole team."

Ring Wrong Ring will see its last episode this week and Ammaji Ki Gali will go on air from 20th June on SAB TV.
Reporter and Author: Ranjini Nair

9 years ago i love ring wrong ring i hope it starts again with a new season!!

Ofsaad 9 years ago I love ring wrong riing :(( plzz bring it back soon