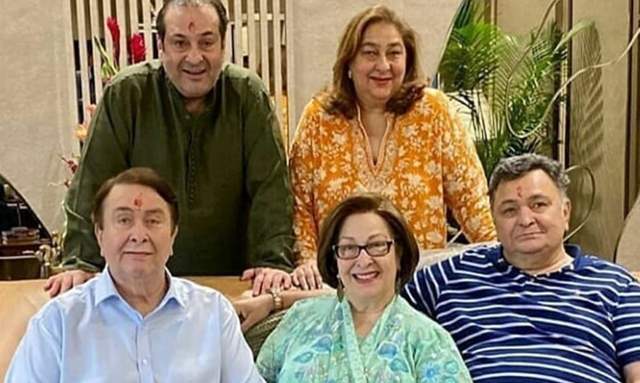 Last year today, Bollywood’s original chocolate boy, Rishi Kapoor left for a heavenly abode after battling with cancer for two years. On his first death anniversary, his family and friends miss him. Many celebrities even took to social media to pay their tributes to Irrfan Khan and Rishi Kapoor.

During a recent interaction with Pinkvilla, Rishi’s sister Rima Jain said that she misses her brother and that too much has happened in their family in the recent past.

She said, “We miss him, too much has happened in our lives. His going away has also created a great void in our lives. I have lost two brothers (Rishi Kapoor and Rajiv Kapoor), and one brother (Randhir Kapoor) is in hospital, so I am not in a very good frame. Just pray, and I hope his soul rests in peace. I just miss him.”

Rishi Kapoor passed away on April 30, last year and many members of the Kapoor family have been sharing memories and paying homage. This is also a troubling time for the family as Randhir Kapoor has been admitted to a hospital after he tested positive.

Earlier today, Neetu Kapoor took to Instagram and shared a black and white throwback picture. In the picture, she can be seen dressed in a saree and jewellery as Rishi is probably telling her something.

Also Read: Neetu Kapoor pens a touching note on hubby Rishi Kapoor’s death anniversary: “Life will never be the same without him”