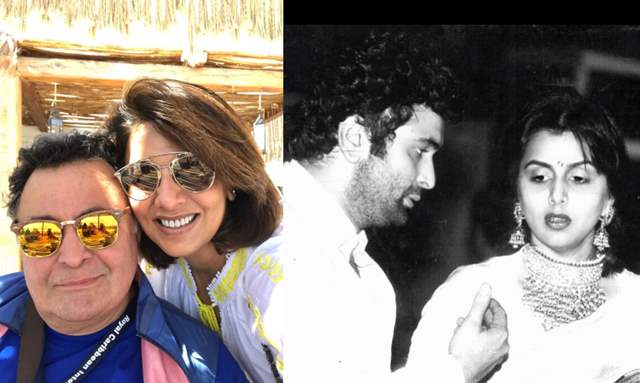 During his treatment, Rishi stayed in New York with his wife Neetu Kapoor and on the occasion of his 11-month prayer meeting, the senior actress shared a video from their trip.

Taking to her Instagram handle, Neetu remembered her late husband and recalled how ‘all of last year has been of grief and sadness’. She also mentioned how the family misses Rishi Kapoor each day.

Neetu Kapoor took to Instagram and shared a black and white throwback picture. In the picture, she can be seen dressed in a saree and jewellery as Rishi is probably telling her something.

Sharing the picture, Neetu wrote, ”All of last year has been of grief and sadness around the world for us maybe more as we lost him .. Not a day has gone by when we have not discussed or reminisced him as he was an extension of our existence .. sometimes his wise advice:: his wisecracks: his anecdotes !! We have celebrated him all year with a smile on the lips as he will stay in our hearts forever we have accepted life will never be the same without him !!! But life will go on …#rishikapoor.”