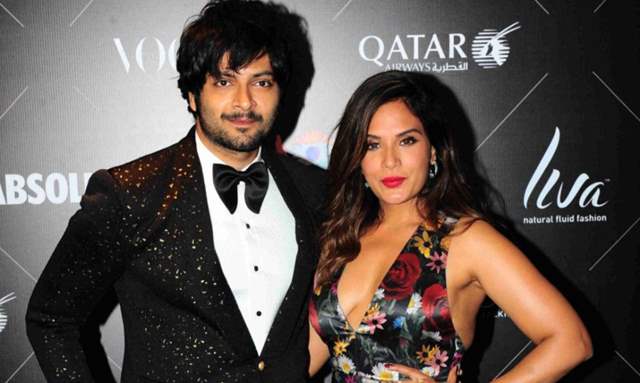 Talk about sizzling chemistry, Ali Fazal and Richa Chadha grabbed everyone’s attention after starring in Fukrey. Later, the two got engaged after dating for a few years and they have been setting relationship goals since 2017. The adorable couple is finally ready to tie the knot.

However, it seems 2020 has been an unlucky year for the couple as their wedding plans have been postponed because of coronavirus pandemic. Recently, Richa conducted a Ask Me Anything session.

“When are you getting married to my crush Ali Fazal?” a fan asked, to which Richa replied, “Haha! You have time to make a play for him. 2020 isn’t gonna let us marry.”

For the unversed, Ali and Richa were supposed to get married in April. Reportedly, their spokesperson announced the postponement of their nuptials and said, “Given the current scenario and the unfortunate turn of events owing to the COVID-19 pandemic globally, Ali Fazal and Richa Chadha have decided to postpone their wedding functions to the latter half of 2020 tentatively. They wish for everyone to be healthy and safe and at no cost would want their friends, families, and well-wishers to be affected.”

On the professional front, with no ties in Bollywood, Richa and Ali have worked their way to the top and undoubtedly they have become a well-recognized identity.

Further, talking of sharing screen space together with Fazal, Richa stated that she would love to do a film with him. She feels that there is a lot of untapped potential and added that working together is good for her personally as she would get to spend more time with him.