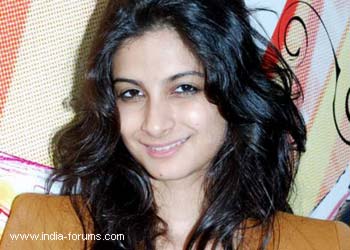 It seems Rhea Kapoor is in love with books. After presenting a modern adaptation of the classic novel "Emma" through her debut film "Aisha", the young producer has bought the rights to Indian author Mainik Dhar's "Herogiri".

The younger daughter of actor Anil Kapoor, Rhea is adapting the book into a full-fledged screenplay.

The 25-year-old sibling of actress Sonam Kapoor will announce her movie's cast soon, said a source.

"Herogiri" is an Indian take on the superhero genre. It is said to be a racy, action-packed novel about good and evil, power and corruption, love and violence.

The narrative follows the life of Arnab Bannerjee, a shy 25-year-old, who has little excitement in his life other than tracking down missing books as an assistant librarian in a Delhi University college.

But everything changes the day he awakens to discover superhuman powers within him. He begins his crusade against eve-teasers, highway robbers, corrupt policemen, and scheming politicians and their goons. But his most challenging mission is to thwart a deadly terror attack on Delhi.

Over time, he realises that to succeed he has to become a part of the very system he hates. How he fights for his mission and whether he sticks to his ideals is the mystery element in the story.

Jaya Saha to be Arrested by the NCB Soon: Report
30 minutes ago

Shaheer Sheikh opens up on getting offers from Bollywood in ...
53 minutes ago