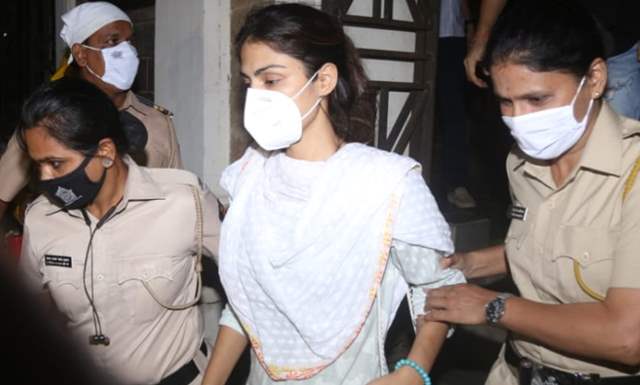 Sushant Singh Rajput’s death investigation has recently seen new development and it is likely to get even more turbulent. While a Times Now report has uncovered a new drug angle in Sushant case, Rhea Chakraborty's talent manager Jaya Saha has now been summoned by the Enforcement Directorate.

The Times Now report also stated that talent manager Jaya Saha has been asked to join the probe as her name emerged after the ED accessed Rhea's WhatsApp chats and a discussion about 'hard drugs' and 'MDMA'.

While the ED is reportedly known to investigate the money laundering charges against Rhea and others, the authorities seized Rhea's phones and electronic devices. The report also mentioned that during the same ED came across Rhea's chats with a supposed 'drug peddler' which has given this case a new twist.

Meanwhile, the ED has reportedly shared these new developments with the CBI and Narcotics Control Bureau (NCB).

Another Pinkvilla report suggested that the agency officers are trying to comprehend Rhea and Jaya's extremely suspicious conversation and her role in the connection to Sushant’s death.

The text messages which were recently uncovered suggested four chats exchanged between Rhea and Jaya.

Here’s what the messages read:

"I have asked him to coordinate with Shruti & reach it up," Jaya told Rhea. The actress then replies with, "Thank you so much," to which Jaya responds saying, "No problem bro, hope it helps." Then another text message from Jaya reads, "Use 4 drops in tea, let him sip it …. Give it 30-40 mins to kick in."

Meanwhile, several allegations have been made against Rhea, as the WhatsApp chats mention 'MDMA' and 'hard drugs'. Although her lawyer Satish Maneshinde has denied any drug use as his statement read, “Rhea has never consumed drugs in her life ever. She is ready for a blood test,” in a statement.