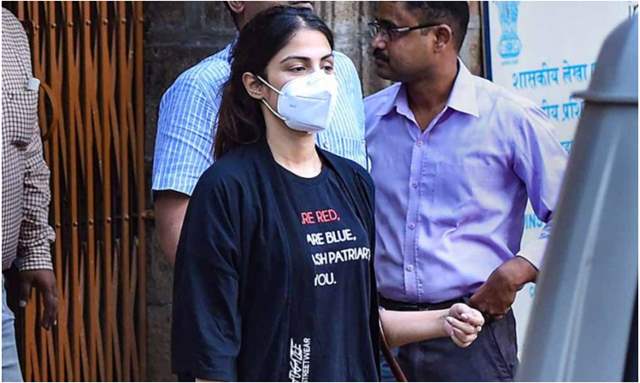 Sushant Singh Rajput’s death investigation has yet again seen a new development in regards to the case filed by the Narcotics Control Bureau (NCB). The officials recently filed a chargesheet mentioning Rhea Chakraborty and 33 others in an alleged drug case in the investigation of SSR. Now, actress Rhea’s counsel, advocate Satish Maneshinde has reacted to the 12,000 paged chargesheet and pointed out that is was expected.

“All efforts of NCB have been directed towards Rhea Chakraborty to somehow rope her in. The entire amount of ‘Narcotic Substances,’ ‘Recovered’ against 33 Accused are nothing compared to what even a Constable in Mumbai Police or Narcotics Cell or the Airport Customs or other agencies recover from one raid or trap. The entire NCB from top to bottom was engaged in unearthing drug angle in Bollywood,” said Rhea’s lawyer, advocate Satish Maneshinde.

Actress Rhea Chakraborty, who was in a live in relationship with Sushant is one of the accused in the case. Rhea and her brother Showik were arrested by the Narcotics Control Bureau under charges of procurement and consumption of drugs. The duo is now out on bail.

“There’s hardly any material against any known faces who were paraded during the investigations, I wonder why? Either the allegations were false or only God knows the Truth. The charge sheet is a damp squib standing on the foundation of Inadmissible Evidence and Statements recorded under section 67 of the NDPS Act even after the Supreme Court Judgement in Toofan Singh Judgement,” he added.

“Without Rhea Chakraborty being Charged this case has no substance... The HC has found no prima facie material at the stage of Bail of alleged ‘Financing’ Drugs Trade. We will have the Last Laugh. Satya Mev Jayate” he concluded.

Last month, The Bombay High Court quashed the FIR against SSR’s sister Mitu Singh but not his other sister Priyanka Singh and the investigation into the same will continue.

Among others, the NCB had also arrested Agisialos Demetriades, brother of Arjun Rampal's girlfriend Gabriella Demetriades in connection with the drug probe related to Sushant Singh Rajput's death.

1 months ago This case only comes into limelight when there are elections around...if not it barely even makes any news at all...SSR is only being used for fulfillment of an agenda