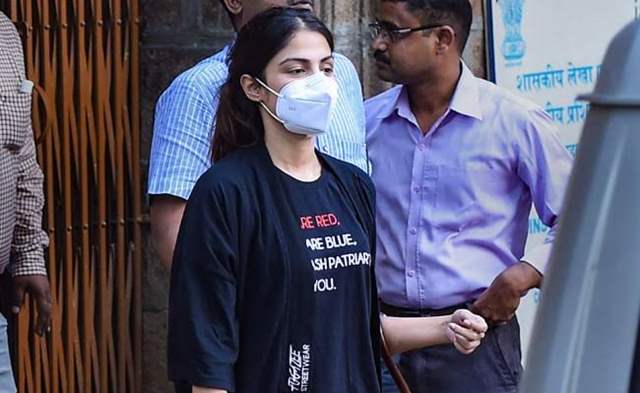 Reportedly, the High Court granted a bail to Rhea on a personal bond of Rs 1 lakh, however the court rejected the bail plea of her brother Showik Chakraborty.

Meanwhile, Sushant Singh Rajput's sisters Priyanka Singh and Meetu Singh on Tuesday moved the Bombay High Court, seeking to quash the FIR registered against them by Mumbai Police for forgery and procuring fake medical prescription for their late brother.

The Bandra police lodged the FIR against the duo on September 7, based on a complaint filed by Rajput's purported girlfriend and actress Rhea Chakraborty, who is currently in jail in connection with a drugs case related to the actor's death.

At around 11:25 (IST) the High Court announced that Rhea Chakraborty should mark her present for ten days in the nearest police station for ten days after release. She should deposit her passport and should not travel outside the country without the prior permission of the court, states Bombay high court.

11:23 (IST) High Court granted bail on a personal bond of Rs 1 lakh, the Bombay high court rejected the plea of her brother Showik and Abdel Basit Parihar. The Bombay High Court on Wednesday granted bail to actor Rhea Chakraborty in an alleged drugs case related to the death of Sushant Singh Rajput.