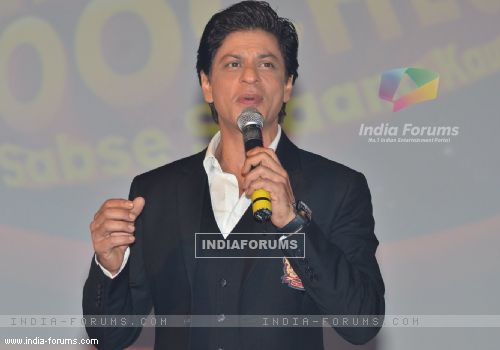 The cold war between Shah Rukh Khan and Salman Khan is moving on a verge of extinction.  As reported earlier, Shah Rukh Khan has confirmed that he will be releasing 'Raees' along with Salman's 'Sultan', he further added that, as they both are good friends they will be doing everything together.
According to our sources, the news is confirmed that the Raees teaser will be unveiled to the audience this Eid. Though the movie will be releasing only on the Eid of 2016, the makers have decided to give a small glimpse to the audience to quench their thirst. However, if the teaser turns out to be promising it will build more curiosity which will ultimately lead to building up a good market for the movie.
Well, after Salman's Ramazan gift for his fans that was the song launch of Bajrangi Bhaijaan, it's time for the Badshah to give his Eidi to his fans by launching the teaser of his most awaited film 'Raees'
Raees directed by Rahul Dholakia is produced under the banner of Excel Entertainment and Red Chillies Entertainment jointly. Starring Shah Rukh Khan and Nawazuddin Siddiqui in lead roles along with Pakistani actress Mahira Khan who will be making her debut in Bollywood.
Keep reading this space for more updates.