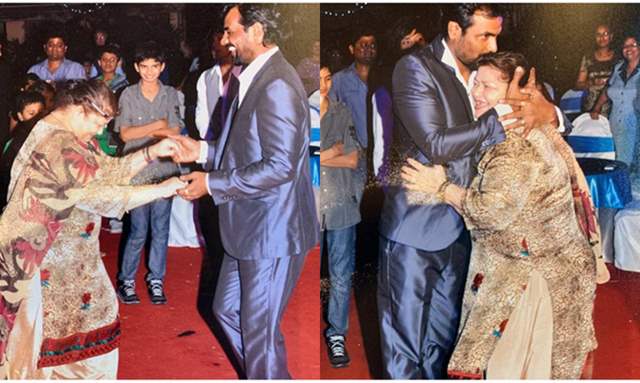 Saroj Khan breathed her last on Friday July 3, after suffering a cardiac arrest at the age of 71. Several celebrities and stars are mourning for the loss of a talented choreographer. Now in a conversation with Navbharat Times, the late choreographer’s daughter Sukaina revealed about choreographer turned director Remo D’Souza willing to make a biopic on her mother.

The report also stated that the entire concept of making a biopic on Saroj Khan began when Kalank was being shot and Remo's last discussion on the same took place before the lockdown.

Furthermore, Sukaina also revealed that before Remo D’Souza, filmmaker Kunal Kohli and choreographer turned director Baba Yadav’s wife too had expressed their keen interest in shooting a biopic based on the late choreographer.

Sukaina had asked Saroj whom she would like to make a biopic on, she had picked Remo. When quizzed she revealed the reason that Remo was like the late choreographer and had begun from ground zero and had come a long way.

The report also mentioned that Remo was planning to showcase the life of the late choreographer from the age of 3 till 71 on the silver screen.

Meanwhile, Remo is yet to comment about the same.

In a career span of 40 years, Saroj Khan worked on more than 2000 songs, which saw some of the best dancers in Bollywood.

She has paved the way for many Bollywood celebrities and artists. She proved to be a stepping stone for actresses - Sridevi, Madhuri Dixit and many more. The legendary choreographer even took Farah Khan under her wing and helped her hone her skills and the talent she possessed.