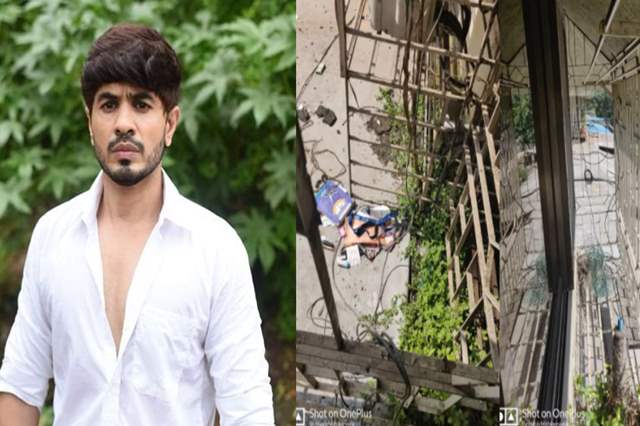 Actor Habib Mithborwala, who we all remember for playing the goofy yet lovable Nakul in the cult youth show Remix recently saw himself as the recipient of a rather unanticipated instance. The actor and his family work up to a robbed house today at 8 am.

Taking to his Facebook page to inform everyone and how robbers took the advantage of an illegally constructed alleviated roof, Mithborwala slammed the entire occurrence.

The actor has already shared videos of the show and even registered an FIR where the investigation has begun. Talking about it on length to ETimes TV, Mithborwala said, My wife woke up to see things are scattered, grills are broken and also her office-given laptop is missing. She got scared and woke me up. The sliding lock door was also cleverly opened. I think this was planned and not a random robbery and more than 1 person was involved. Our laptops are stolen. Around Rs 2 lakh worth things are stolen. I have filed an FIR with all the bills.”

Opening up on the other side of this, he said, “There is an illegal roof constructed in the first floor. I have made many complaints online to BMC but it wasn’t noticed. I also sent letters to our society but I didn’t get any acknowledgement. Half of my society is built illegally. They have illegally contracted open roofs into rooms and kitchen.”

He mentioned how he is literally thanking that his kids are safe, “I can’t thank my stars enough that my kids are safe. I have two kids and they sleep in the hall. Since the AC in the hall was not working I told them to sleep with us in our room. Thankfully, we were all inside. There was a knife kept on the bags. Tell me how to keep my kids safe. Imagine if my kids were sleeping outside. They entered our kitchen also. Police didn’t take any fingerprints but filed a proper FIR. They said they will see the CCTV footage. Police didn’t take any action when I showed them the illegal construction. Society people were also there but the cops didn’t enquire them. Cops said that the illegal construction matter belongs to BMC and they will take time to investigate my case as there are many cases pending. I am mostly scared about my kids’ safety.”

“My urgent request is to BMC to see that the illegal construction are demolished,” concluded Mithborwala.