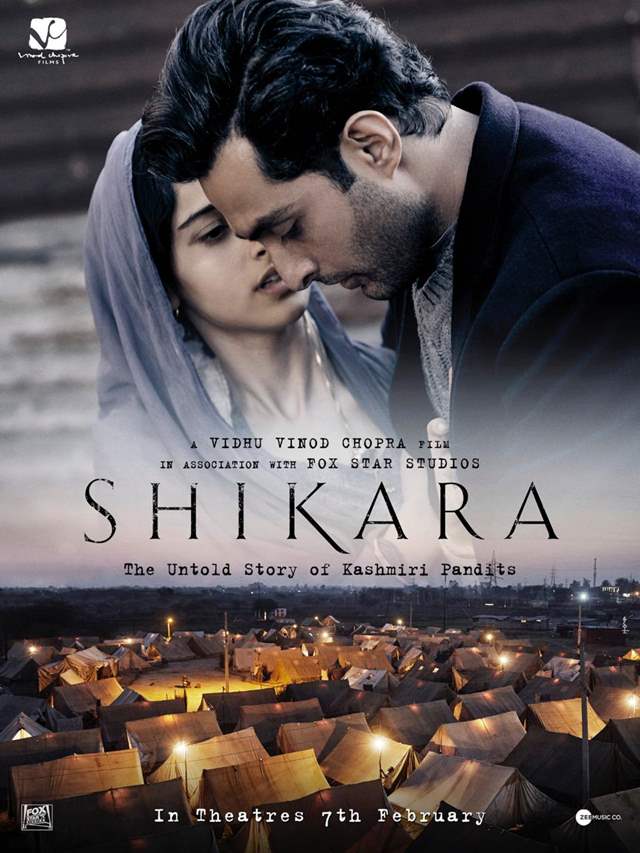 Straight from the pages of history, Vidhu Vinod Chopra’s Shikara brings the untold story of Kashmiri pandits to the mainstream audience. The movie which released yesterday has already been winning hearts all over, and the numbers with which the film opened, is only proof to it.

Shikara, which also happens to be Vidhu Vinod Chopra’s dream project is going strong at the box office and is winning people’s hearts. Owing to a strong and crisp storyline and a great presentation by the filmmaker, the movie opened to a whopping Rs. 1.20 crores. With the promising tale from the valley to a cast which is definitely flawless in it's performance.

The strong word of mouth only helped the film receive the required buzz. Shikara was appreciated for its surprises, strong plot and emotional climax by critics and viewers alike, with praises pouring in for the lead actors, Aadil Khan and Sadia, who in spite of being debutants have put forward an applaud worthy performance.

The film had more than 4,000 real Kashmiri Pandit refugees who recreated 19th January 1990 for the film, when the actual incident happened. Shikara is inspired by Vidhu Vinod Chopra’s own life and is a tribute by the director to his mother.

Produced by Vinod Chopra Productions and co-produced by Fox star studios, Shikara released on 7th February 2020 and is presented by Fox Star Studios.

Disha Patani outdoes Nepotism despite being an Outsider; conquers ...

Fatima Sana Shaikh promises her best in LUDO after a successful debut ...