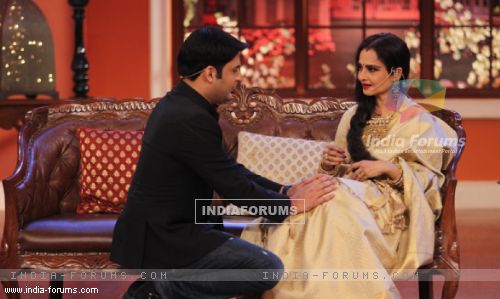 It's a rarity that Rekha steps out of her comfort zone, but when she does, she makes sure her fans know why she's called Bollywood's evergreen diva! On the sets of "Comedy Nights With Kapil", the actress not just took her old harmonium, but also played it for her fans.

The film veteran, who turns 60 Friday, came on the hit TV show to promote her forthcoming film "Super Nani". Her fun-filled stint on the show made her small screen appearance a treat, said a source from channel Colors.

"Rekha brought with herself one of her most prized possessions, her harmonium which has been her musical companion for close to 30 years. And when the instrument was in close proximity, how could she not play it before her fans and audience," the source revealed.

The episodes of "Comedy Nights With Kapil" featuring Rekha will air Oct 11 and Oct 12.