The world was certainly in for a huge shock recently when it was confirmed that Bollywood legend Amitabh Bachchan has tested positive for coronavirus. This was followed by another shock that had Abhishek, Aishwarya, and little Aaradhya Bachchan also testing positive for COVID-19.

Following that, it shouldn't come across as a surprise that the whole wide world went on to shower their wishes, prayers, and hopes that the legend recovers at the soonest and is all fit to go once again.

Even though, there has been almost constant updates about Sr. Bachchan's health updates, people and the millions of fans that he has, are awaiting for a recovery update on and counting days before he gets better again. Amidst all this, the man himself went on to tweet and share his thoughts on the abundance amount of love and prayers that he has received ever since the announcement.

In his trademark style, Senior Bachchan tweeted in Hindi which roughly translates to the huge shower of prayers and emotions that he has received has broken the dam of love and kindness. He has flown away in this love. The way everyone has lit his dark time, he can only bow to everyone in respect as he might not be able to thank everyone in person- 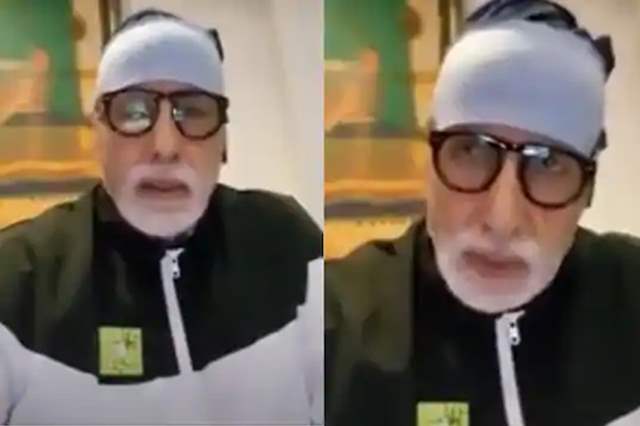 We certainly hope Senior Bachchan recovers at the soonest.

Even after seven decades of independence, are we really ...
-48 seconds ago