REAL TV, the brand new Hindi entertainment channel by Real Global Broadcasting Pvt. Ltd. (RGB) which will be going on air from March 2nd has added two more interesting shows to its line-up after the initial announcement of their shows, Poker Face, Vicky Ki Taxi and Hindi Hai Hum.

Sarkaar Ki Duniya is a reality show that plays on the basic human traits of greed and self preservation. The show extracts 18 strangers of diverse professional backgrounds from their existing lives and injects them onto an island ruled by the autocratic 'Sarkaar', played by well known film personality, Ashutosh Rana. 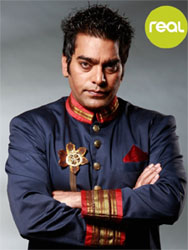 Featured Video
Produced by Miditech, Sarkaar Ki Duniya is a unique show that brings to the forefront the primal instincts, teamwork and hard work of each of the contestants, as they battle out with their egos and the natural environment. The contestants are going to need every bit of ingenuity, tact and manipulative skills to survive the harsh rules of the island. The last person standing wins a mega cash prize of Rs.1 crore!

Ashutosh Rana completely fits the character of Sarkaar, as he plays the role of the aristocratic ruler to perfection. His commanding voice and powerful screen presence will keep the viewers riveted and engrossed in the show. Talking on his new role, Ashutosh Rana said, "I am absolutely delighted to be associated with REAL and their exciting new reality show, Sarkaar Ki Duniya. I play Sarkaar, who assigns arduous tasks which are designed not only to put the contestant's mental and physical strength to test but also to make the island a habitable place. What is unique and attractive about this show is the fact that it brings out extraordinary capabilities of ordinary people like you and me.  I am confident that Sarkaar Ki Duniya will entertain and engage the audience across India." 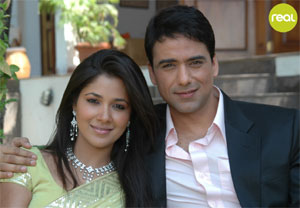 Along with this, Namak Haraam will be launched which is an intense story of love and betrayal between a husband and wife, driven apart by their conflicting values. It is the story of Swati and Karan, a happily married couple of five years. They have everything in common; they are young, ambitious and passionate about their personal and professional life but deep down they are two individuals with different set of ideals. While Swati is an honest IAS officer, Karan is a successful businessman who does all it takes to be at the top! Life is comfortable for them till they are trapped in the biggest conspiracy of business acquisition of the corporate world. Swati discovers to her agony that she was manipulated by the person she had trusted the most but decides to stand by her principles. Karan believes that all is fair in love and war, hence feels betrayed by her. Karan and Swati are torn between their love for each other and their respect for their own values. Who is the Namak Haraam?

Produced by Panama Productions, the show is a reminder of all that is good in each of us. Swati and Karan Sehgal are played brilliantly by Narayani Shastri and Sachin Tyagi respectively. They are ably supported by a fantastic ensemble cast.

The line-up of shows indeed looks good, but we need to wait and watch what new it offers to the viewers!!

amit_arya 13 years ago I think the TV channel real has some good potential. Instead of concentrating on the usual dramas and other rubbish, it has got some good shows lined up for its viewers. Sarkar Ki Duniya sounds interesting enough to watch. And yes, I will definitely keep my eyes peeled to see how this show unfolds. For one, I think it is a good concept, and second of all, I think the host (Ashutosh Rana) is great! Can’t wait to watch it!

vinay.batra 13 years ago ashutosh rana is back with a bang.. at least thats what it looks like! hopefully he will be able to live up to expectations and the show will be interesting enough to watch..

13 years ago Thanks for sharing!
Good to see Narayani after so long....She looks pretty!

all the best to them

+ 6
13 years ago ooohhh...
it swati looked to me kinda like akangsha rawat... then i thought, wow, its great that the solaah singgarr couple (were their names shagun and sumer??) are back togther