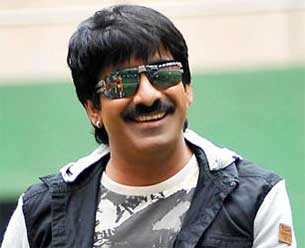 Actor Ravi Teja, who recently crooned for composer S.S. Thaman in "Balupu", has once again lent his voice for his upcoming Telugu actioner "Power". He recently a song titled "Notanki Notanki".

"We recently recorded the song with Ravi Teja. It's called 'Notanki Notanki' and his energy was suitable for it. Bhaskarabhatla has penned the song, which is sure to be a chartbuster," Thaman told IANS.

Hansika Motwani and Regina Cassandra are playing the female leads in "Power", which is being directed by K.S. Ravindra.