It's time for some high-voltage drama in Zee TV and Sunshine Productions' 12/24 Karol Bagh!! While on one hand, there is a big question mark lingering on whether the wedding of Simi (Smriti Kalra) and Abhi (Neil Bhatt) will happen or not, Neetu (Sargun Mehta) and Vicky (Manit Joura) on the other hand have fallen into deeper problem after getting caught by police when they tried to elope. 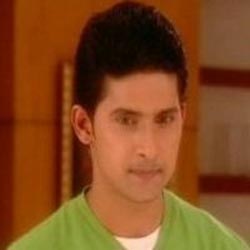 With Vicky getting arrested by the police for stealing money, Neetu's life is at a crossroad, what with her family getting to know of her pregnancy.

At this juncture, will arrive a new guy in the life of Neetu. According to our source, "Ravi Dubey who was earlier seen in Zee TV's Ranbir aur Rano will be entering 12/24 Karol Bagh very soon. He happens to be Nakul's brother, and will fall for Neetu at first sight", informs our source.

When contacted, Ravi Dubey confirmed the news and said, "Yes, I am part of Karol Bagh. I am very excited to be part of this show. I have not got an opportunity till now to explore myself as an actor, but in 12/24 Karol Bagh audience will get to see more of me. I essay the character of a simple guy Omi, but cannot reveal more than this".

Our source further informs us, "Omi unlike Nakul is very studious and is a simpleton. The script regarding the future of Vicky has not been decided yet. But as for now, he will be shown to be in jail. The focus for few episodes will be on Omi, and as the story unfolds, there will be a love triangle between Vicky-Neetu-Omi".

We talked to Manit Joura aka Vicky who said, "I am not shooting for Karol Bagh as of now. So I don't know what is happening there. As of now, Vicky has been arrested and a new guy is being introduced, that's all I know".

When contacted, Producer Sudhir Sharma told us, "Ravi Dubey will be the new guy in Neetu's life. There is a possibility of a love triangle between Vicky, Neetu and the new character".

Chhavi Pandey hurts herself on the sets of 'Prem Bandhan'

10 years ago Neil u rock KB..the only reason to watch KB..

11 years ago shame on you guys...Autistic Track has been picked up from Aapki Antara...They are closing the Antara, just because of this track....I dont think you guys can justify the character of Autistic guy as Antara Did...SHAME ON YOU...

+ 3
11 years ago this show is going gud with gud and surprising twists when last week i was like bahi would end up marrying neetu, but no they twisted it and i lve this show and i dont want simi ending with nakul for wat soi ever reason ......

11 years ago Abhi won't have to marry Neetu but he may still have to let go Simi. And here we were, hoping Omi would turn out to be some ineligible fellow. Wonder why the Dagars were trying to palm him off??

+ 2
11 years ago I really like Ravi.. I watched him as Ravi in Yahaan Ke Hum Sikandar and then again as Ranbir but i really like Vicky in KB.. I mean he does love Neetu.. I hope Manit stays..

11 years ago ok, so finally they found their Omi dagar!

+ 2
11 years ago yaay he is cute. but poor abhi and simi. if their wedding is held back,that gives anita to ruin it or do everything possible so it doesnt happen.

+ 3
11 years ago O gosh Abhi Abhi aur Simi ka kya hoga !!
So this is the Omi we were all waiting for the arrival So wil Vicky be out of the scene !!

+ 5
11 years ago I am glad nitu will have some one. But what about SimBhi.