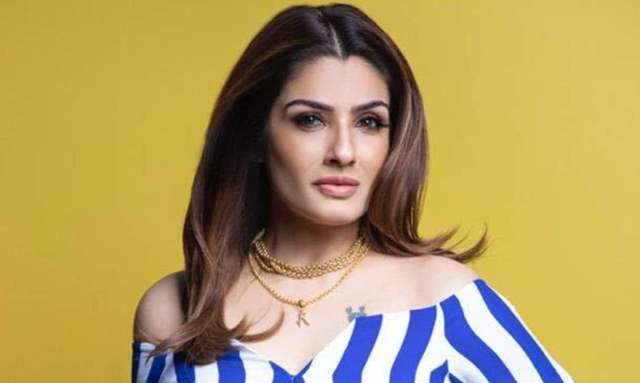 In a career span of two decades actress Raveena Tandon has impressed her fans with some of the most iconic films in Bollywood. The diva has a plethora of experience working in the industry and she recently opened up about the presence of 'negative people' in the film industry.

In a recent interview with ETimes, Raveena spoke of dealing with social media trolls and noted that there are some negative people in Bollywood as well. She also asserted that some of them have become producers as well and make actors 'dance to their tunes'.

The 46-year-old actress pointed out that she likes the reach people have with social media and she thinks it is a boon. However, she also maintained that it can be a bane sometimes with these negativities and trolls. She highlighted, as actors, they have been dealing with negativity for a long time and they have been dealing with them through various publications as well.

“There are a bunch of really negative people, some of who have become producers and are making actors dance to their tunes. Although such people are still around, I kept away from them then and continue to do so even now," Raveena Tandon told ETimes.

"I don’t respond to trolls. I just cut them away from my life. I think that is the best thing that one can do. One should stay around positive people who think and mean well for you and are good people themselves," she added.

Raveena Tandon actress made her Bollywood debut with Patthar Ke Phool (1991) and now she has been waiting for the release of her upcoming film KGF: Chapter 2. The 46-year-old actress will be seen playing Ramika Sen in the film. Going by her appearance from the poster, she looks absolutely fierce.