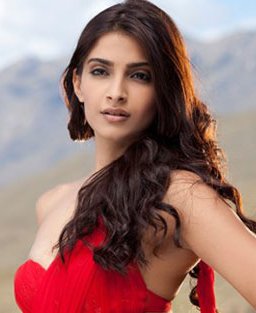 Filmmaker Mani Ratnam is someone that most stars are dying to work with. Evidently, Sonam Kapoor is not one of these stars!

Paki, a movie that Ratnam wrote and that will be directed by Ratnam's ex-assistant, Shiva, is signing on the cast and crew for the film. So far, Vivek Oberoi has agreed to star in it. Also, Shaad Ali, director of films like Saathiya, has set aside his differences with Vivek in order to be the executive director for the film.

Shiva approached Miss Sonam for the female lead in the movie, but rumours have it that Sonam flat-out refused the role as she did not like the character, a rather startling move for an actress who is still so new to Bollywood!

We wonder if this is a smart move on her part as she is yet to produce a hit movie!