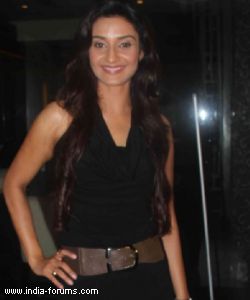 Zee TV's Star Ya Rockstar kicked off last week with a bang and the show has indeed proved to be a great platform for actors to showcase their singing talents. A little birdie tells us that Rati Pandey was also approached for the show but the actress chose her upcoming drama Hitler Didi over crooning songs.
TellyBuzz contacted Rati Pandey who said, "I was approached for Star Ya Rockstar but I couldn't take it up as I was shooting for Hitler Didi."
Rati is playing the main lead and hence it was impossible for her to take up this project. So any regrets? "I do not regret at all because my priority is Hitler Didi and as far as Star Ya Rockstar is concerned, I might do the second season (laughs)," she clarifies.

All we can say is Rati's fans are glad that she is back on television, be it as a singer or as Hitler Didi.

dynamic_doll 8 years ago all the best Rati di...luv u a lot
waiting for HD
all the best!!!