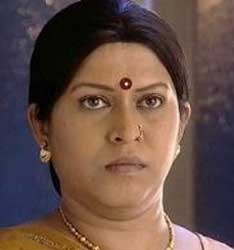 Actress Rasika Joshi who was bravely fighting a battle with cancer succumbed to the deadly disease last night and breathed her last.

The actress who was very popularly known as Motiben of Imagine's Bandini is believed to have got into coma, after which she passed away in a hospital in Bandra.

The versatile Marathi theater artist has films like Bhool Bulaiya, Malamaal Weekly, Ek Haseena Thi etc to her credit. She was supposed to be seen in RGV's next movie based on the Neeraj Grover case.

As the entire Television and Bollywood fraternity mourns her loss, we too offer our condolences..

9 years ago omg..!!! she gave one of her best performances while fighting one of the deadliest disease..!! may she rest in peace..!! she will be surely missed..

+ 2
9 years ago RIP Rasika ji. we will miss indeed. she was too good in bandini

sandili 9 years ago That's really sad. May god bless her soul.
we loss our actress.

+ 6
9 years ago May her soul rest in peace. Hope God gives her family the courage to deal with this loss.

9 years ago very sad and tragic news indeed. RIP rasika joshi you were are very good actress and you will be greatly missed by all of us. I will never forget the character of motiben in bandini.

shanayka 9 years ago ooo she was one of the best actors...so sorryyy

+ 4
9 years ago RIP . Will remember your fantastic acting in Bandini .