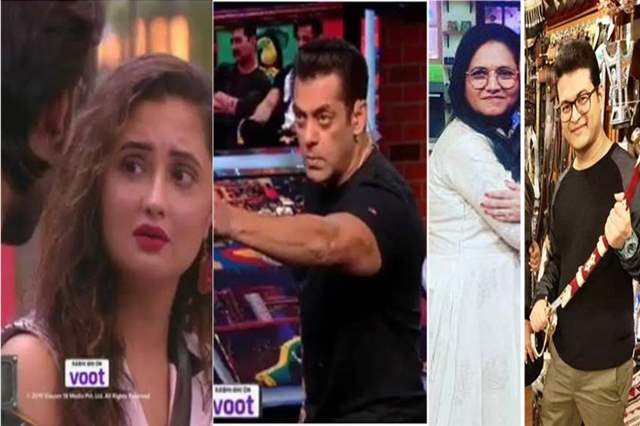 Last night saw one of the most explosive episodes in Bigg Boss 13 history where Salman Khan was at his furious worst and absolutely slammed several housemates, especially Arhaan Khan.

The promos and the episode revealed how Khan exposed Arhaan Khan's past about him being married earlier and even having a child, which Desai was apparently entirely oblivious about. This, evidently not only upset Desai but also broke her completely. Netizens and everyone else have been condemning Arhaan's attitude about this but there are two people who apparently warned her a lot earlier before all this ruckus.

According to a report in SpotBoyE, Desai's mother and brother, Gaurav was never happy with Desai's proximity with Arhaan and were not in his favor. They had told her to stay away from him. Both the mother and the brother knew that Arhaan is a close friend of Desai but even before they had cautioned her to not get involved with Arhaan romantically.

Interestingly, the revelation of Arhaan's marriage and having a child came across as a massive shock to Desai's mother and brother both as they did not expect that Desai was dating a married man, who is also a father and not divorced yet.

It would be all the more interesting to see what happens when Desai comes out of the house and meets her family.

Shaina_b 8 months ago Rashmi should forget him!!! Wonder what else he has lied about!!!