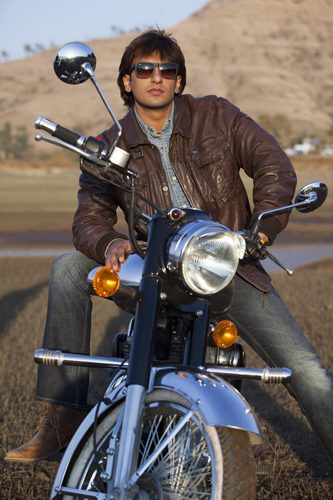 Sukhwinder Singh has a guest appearance in one of the songs of Kill Dil.

A song from Yash Raj Films' project, Kill Dil starring Ranveer Singh and Parineeti Chopra was being shot in Lavassa. Coincidentally Sukhwinder Singh, who is supposedly also the singer of that song, was holidaying there.

When the YRF team learnt about this, Ranveer Singh suggested to the team for him to be a part of the song as well. It is the happy birthday song that is sung by Sukhwinder Singh himself.

A source from the sets says, "Ranveer and Parineeti Chopra (who is paired opposite him in the film) were shooting for a song in Lavasa, which is not too far from Mumbai. Ranveer got to know that Sukhwinder is also holidaying at the same location and suggested that the team get the singer to do a cameo in the song. Everyone was on board with the idea and agreed immediately."