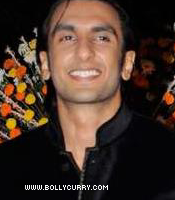 Kashyap's next feature - a role which rumors previously attributed to the perfectionist himself, Aamir Khan.
However, it is all but confirmed that Ranveer is the one for this film, supposedly a dark and gritty one set in the 1970s. The plot reportedly explores the early days of the tale infamous Underworld during that decade.

Aamir, on the other hand, was in talks for a film called Black Velvet which would explore similar territory, thus causing the confusion in the rumor mill. Now, the word around town has it that this Anurag Kashyap film is none other than a retooled revival of the stalled Black Velvet, for which Ranveer has been selected as the new lead.
Adding this to his pile of prestigious works in progress, which include acclaimed filmmakers like Shaad Ali and Vikram Motwane, it looks like Ranveer is well on his way to proving that he is no one hit wonder!

Arjun Bijlani on music video with Reem Shaikh: I feel Ishq ...
16 minutes ago

Malaika Arora shares her biggest challenges upon Testing ...
49 minutes ago