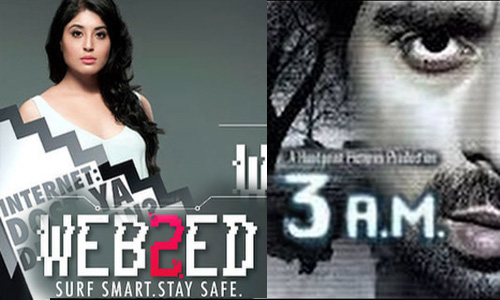 Popular actor Rannvijay Singh rose to fame with a reality show MTV Roadies on MTV India. The actor later made his way into Bollywood. He was last seen on Television as a host of the haunted show MTV Girls Night Out. After exploring his skills Rannvijay will be seen appearing for an episodic and will also promote his upcoming film 3AM.

As per our sources, "Rannvijay along with the cast of the film will be seen playing the same characters which they are playing in the film. Rannvijay is playing the character of Sunny who is a prankster and keeps on playing pranks on his friends."

"Sunny is a carefree guy who keeps on playing along with his friends in the college and uploads the videos of the same on the website. Later he will come across a girl who makes him understand the consequences of his pranks and thus he will change his perspective. He will stop playing pranks as it might affect a person's life. But to woo the girl he will do something which will turn out to be a disaster for that girl," ends the source.

TellyBuzz wishes Ranvijay Singh and his team all the best!