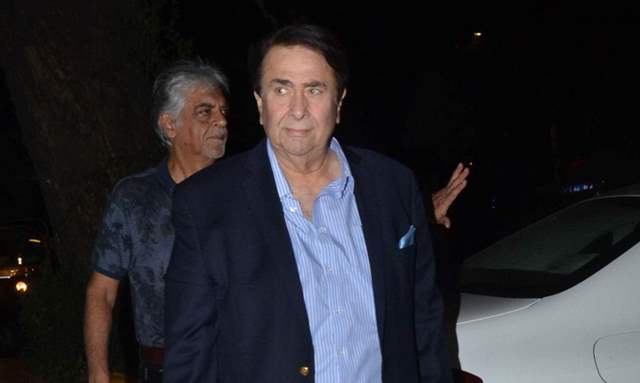 Celebrated actor Randhir Kapoor is currently fighting the Covid-19 as the actor was admitted to Mumbai’s Kokilaben Ambani Hospital after getting diagnosed with the virus on Thursday afternoon. Five of his staff members have also contracted the deadly virus and are now admitted to the same hospital as him.

Meanwhile, in interaction with ETimes, Randhir revealed that Kareena, Karisma, and Babita have also taken COVID tests and their results are negative.

However, in a surprising turn of events, Randhir has now revealed that he is selling the iconic RK residence where he grew up in Chembur. The report also suggests that the Housefull 2 actor has already bought a place in Bandra which is near Mount Mary church.

When asked as to why he would sell the Chembur’s ancestral house, Randhir clarified, “Rajiv largely stayed with me, he had a house in Pune but he was mostly in Mumbai. Now, I am moving near Babita, Bebo (Kareena Kapoor) and Lolo's (Karisma Kapoor) homes,” Actor Rajiv Kapoor passed away on 9 February.

On the other hand, Randhir’s Bandra house is currently being done up for the actor to shift there on a permanent basis. The ETimes report suggested his house would have been ready by now if the COVID fear had not stopped the work.

Confirming that he is shifting out of his Chembur home soon, Randhir said, "My parents had told me that I can stay in this (Chembur) home for as long as I want, but the day I decide to sell it, I will have to share the sale proceeds with my siblings Rishi, Rajiv, Ritu, and Rima. That's fine as I have done well for myself in my career and also invested well".

During the conversation, Randir mentioned that after Rajiv’s death, he found himself to be lonely in the ancestral bungalow therefore he felt like shifting closer to the family.

Meanwhile, the Bombay High Court on Monday sought an undertaking from actor Randhir Kapoor and his sister Rima Jain that they would make 'reasonable efforts' to locate and submit the divorce decree of their late brother Rajiv Kapoor, reported PTI.

The testamentary petition was heard by Justice Gautam Patel - filed by the siblings for letters of administration to the property and credits of Rajiv who died intestate on February 9, 2021.