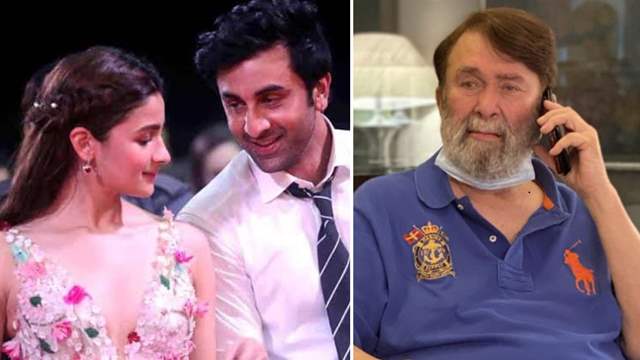 Ranbir Kapoor had many tongues wagging when he confirmed his marriage with girlfriend Alia Bhatt in a recent interview. A day ago, the couple was spotted at the Mumbai Airport with RK’s mother Neetu Singh and sister Riddhima Kapoor Sahni.

While the bunch is out on a vacation to Rajasthan, rumours suggested that Ranbir and Alia will be getting engaged today in an intimate ceremony in Ranthambore. The couple’s dear friends Ranveer Singh and Deepika Padukone also joined them at the trip, which further hinted at engagement rumours.

However, before we get our excitement levels high, uncle Randhir Kapoor has spilled the truth on the matter. Randhir has confirmed that the couple is not getting engaged and are out only to celebrate the New Year.

"It is not true. If Ranbir and Alia were to get engaged today, my family and I would have also been there with them. Ranbir, Alia and Neetu have gone there for holidays and to bring in the new year. The news of their engagement is incorrect” he told Indian Express.

Well, fans will have to wait a bit longer to see the couple tie the knot!