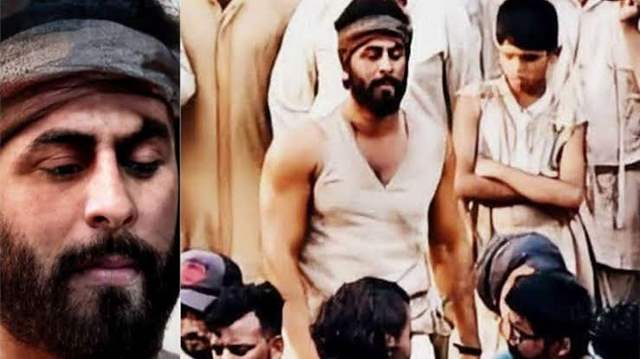 We all know how the pandemic has led to an array of films taking the OTT route owing to constant delays and theatres not opening anytime soon.

But even then, there are some films who continue to wait for theatres to reopen and release the film for what it is meant to be - on the big screen.

That is also the case with the Ranbir Kapoor and Sanjay Dutt starrer Shamshera.

Talking about his film, Malhotra spoke to Mid-Day and claimed that a 'visual extravaganza' like Shamshera needs to hit the big screen. Not just this, he praised Ranbir and his performance in the film too. The filmmaker said, "I have grown up on [mainstream] Hindi cinema, and wanted to create a true blue Hindi film that everyone could enjoy in theatres. Shamshera is a visual extravaganza with complex human emotions at its core. It deserves to be on the big screen where people have, over the years, had a wholesome cinematic experience."

On his birthday today, Karan is mixing the Ranbir Kapoor, Vaani Kapoor and Sanjay Dutt film that he feels will give a ‘wholesome cinematic experience of watching Hindi films’ in theatres.

“I will be celebrating my birthday by finalising the mix of Shamshera, a vision I have cherished for some time now. I can’t wait to share Shamshera with you all. As a filmmaker, I have been fortunate enough to be able to tell stories that I would like to see as an audience and Shamshera is definitely that kind of a story. It is a visual extravaganza with complexed human emotions and it deserves to be on the big screen where people have, for years had a truly wholesome cinematic experience of watching Hindi feature films.”

Karan feels lucky to have found the right team for this action entertainer and he hails Ranbir Kapoor to be a ‘generation defining actor’.

He says, “I’m fortunate to have found a steadfast producer in Aditya Chopra and an all determined cast and crew for Shamshera who have always been by my side right from the word go. Ranbir Kapoor is a generation defining actor and has given his best to Shamshera. Vaani Kapoor plays his strength and compliments him beautifully in the film. As far as Sanjay Dutt is concerned, you are in for a surprise.”

Malhotra believes that Shamshera celebrates everything that a pan Indian Hindi films stands for and it will appeal to all audience segments who would want to watch good cinema on the big screen post pandemic.

Karan says, “I have grown up on quintessential Hindi cinema and I wanted to create a true blue Hindi film that everyone can enjoy in theatres. I feel confident that we have achieved an entertainer that will appeal to everyone. We are all waiting eagerly for the COVID-19 situation to become better in our country and then plan the release of Shamshera in the grandest way possible.”