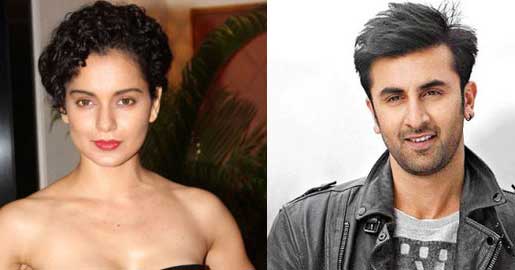 National Award winning actress Kangana Ranaut is as eager to work with Ranbir Kapoor as he is about teaming up with the Bollywood 'queen' on screen.

Ranbir recently praised Kangana for her performance in Vikas Bahl's "Queen" and expressed his desire to work with her.

When Kangana was asked about Ranbir's interest in working with her, she said: "Sure, why not? I admire Ranbir's work. He was one of the first ones to support 'Queen'. If he wants to work with me, then it's an honour for me. Why wouldn't I work with him?"

But this casting coup wouldn't come at the cost of compromising with her role, says Kangana.

"I would love to work with him. But I would want a good role also," the 28-year-old said.

Meanwhile, Kangana is gearing up for the release of her film "Tanu Weds Manu Returns" and Ranbir will soon be seen in Anurag Kashyap's "Bombay Velvet".