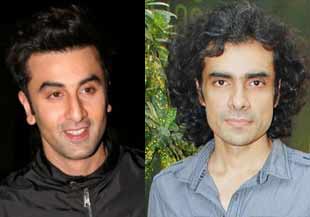 Ranbir Kapoor is set to fly to Corsica, an island in the south of France, for a 30-day shooting schedule for Imtiaz Ali's next film.

"I leave in another 12 days to a lovely place called Corsica. I think it is in south of France. We would be shooting there for 30 days," the 32-year-old said here Monday at an event.

He is looking forward to the film which is reportedly titled "Tamasha".

"It's my second film with Imtiaz, my third film with Deepika (Padukone). So, I am looking forward to it. It's a love story and should come out sometime next year," he said.

Ranbir's first film with Imtiaz was the superhit "Rockstar", while with Deepika, his former lady love, he has featured in "Bachna Ae Haseeno" and the hit "Yeh Jawaani Hai Deewani".