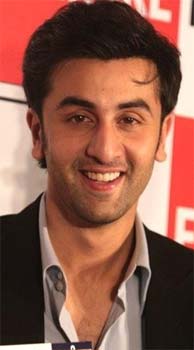 Ranbir Kapoor recently bowled over music-Duo Vishal and Shekhar when he revealed his hidden talent of singing!


Crooning a peppy number for his upcoming romantic comedy opposite Priyanka, heartthrob Ranbir surprised everyone with his smooth, comfortable singing. Managing to get the recording done in 45 minutes flat!


Incidentally, Priyanka has also been persuaded to sing a solo for the film, though she has yet to muster up the courage to take the mike, the actress is expected to sing within the next couple of days.  With both actors on the soundtrack, Vishal and Shekhar promise that the audience will be blown away.


Titled Anjaana Anjaani, the shooting for the movie directed by Siddharth Anand, is already underway and the flick is expected to hit the big screen some time next year.
Featured Video