View Profile
In spite of earning critical acclaim with films like Wake Up Sid and Rajneeti, there is an image Ranbir Kapoor acquired from his debut film that he is still unable to overcome. What is this image, you ask? You guys have probably already guessed that it is none other than the memorable towe 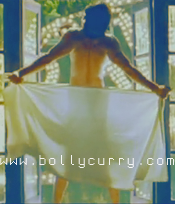 l-dropping moment from the song, 'Jab Se Tere Naina'. As Ranbir recently found out, to shed the image of shedding his towel on camera has become a nearly impossible feat.
Ranbir's upcoming role in Anurag Basu's Barfee prompted him to visit a special school for research a few days ago. The actor will be playing a deaf-mute role and because the film's shooting begins in late March, he has been frequenting such schools for an in-depth study of the mannerisms he will have to enact. He has even been taking lessons in sign language.
One such visit to a school in Goregaon left Ranbir beaming with joy, satisfaction, and possibly even some embarrassment. When the children recognized who the actor was, they all ran to hug him. After their classes ended for the day, the real fun began. Through sign language, Ranbir and Anurag were asking the students all sorts of questions. On Ranbir's turn,  the witty children mimicked him by picking up whatever towels and napkins were before them and letting them go just as Ranbir had done in Saawariya.
Only time will tell what the film does for Ranbir's career, but this incident guarantees that he will cherish it for at least one sweet memory!