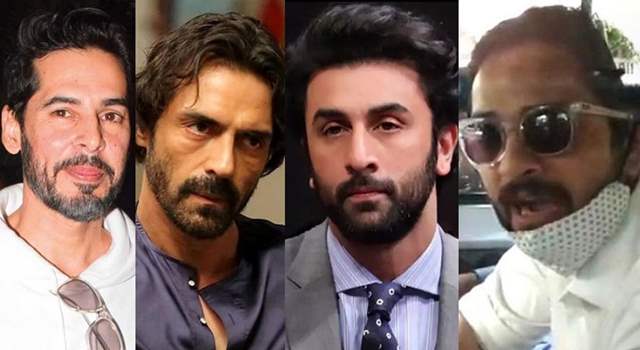 Recently, the Narcotics Control Bureau (NCB), which is investigating the drug angle in the late actor's death case, arrested executive producer Kshitij Prasad and today, when his judicial custody was supposed to end, the NCB presented him Narcotic Drugs and Psychotropic Substances (NDPS) Court to demand for an extended custody of three more days.

Kshitij, on the other hand submitted a plea before the NDPS court today retracting his confession statement.

During his proceeding, Kshitij Prasad told the special judge Gurav that the NCB harassed him and coerced him repeatedly to falsely implicate Bollywood actors, Ranbir Kapoor, Arjun Rampal and Dino Morea.

Following his plea and NCB's request to grant three more days of judicial custody, the court today extended Prasad's remand until October 6, 2020. However, the court also said that the Police were given sufficient time to investigate the crime under which Kshitij has been arrested and also that there were no justifiable reasons to extent his police custody.

Here's a copy of Khsitij's statements that he gave at the NDPS court today: 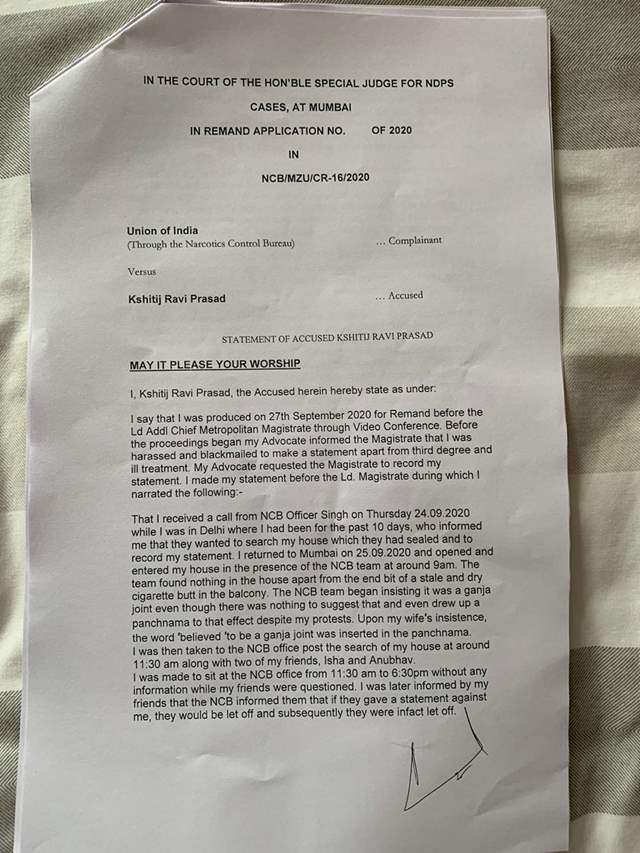 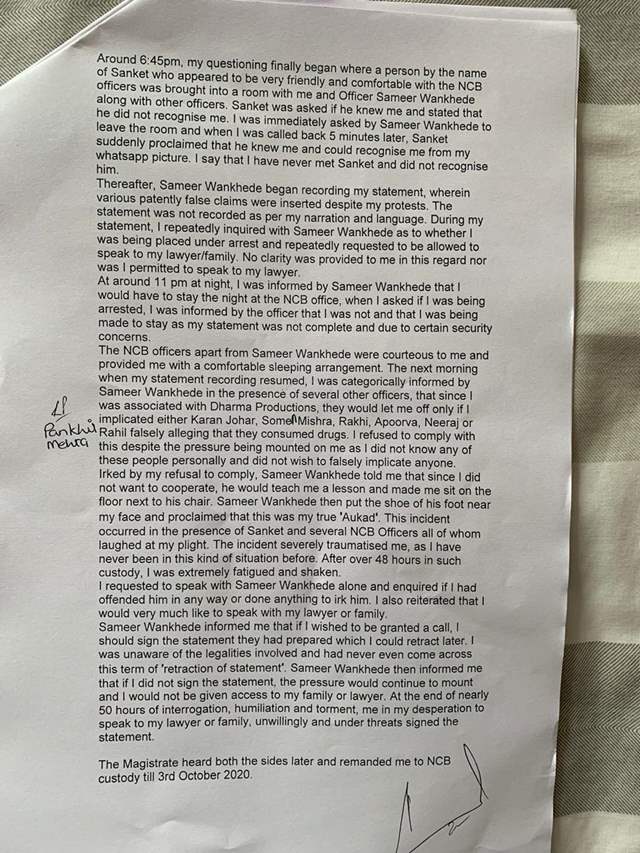 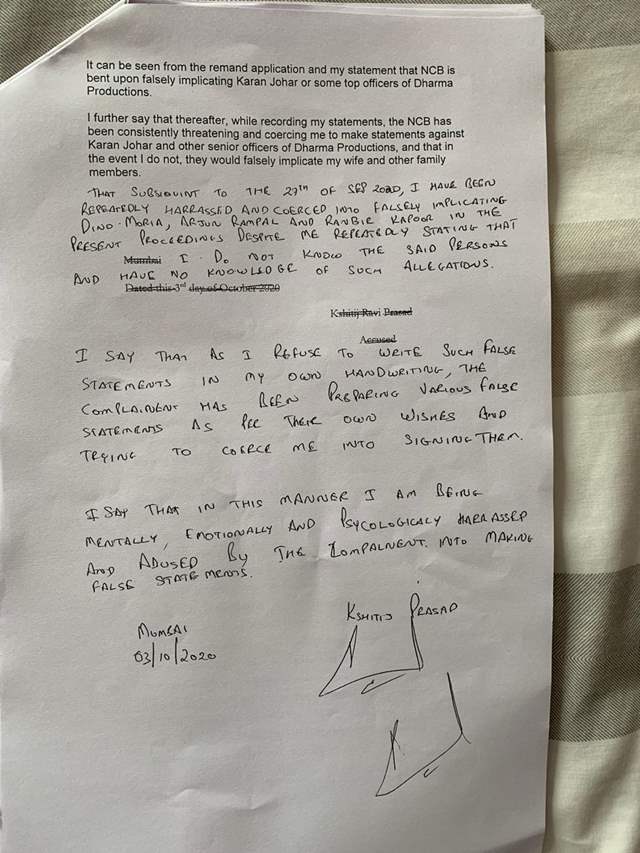 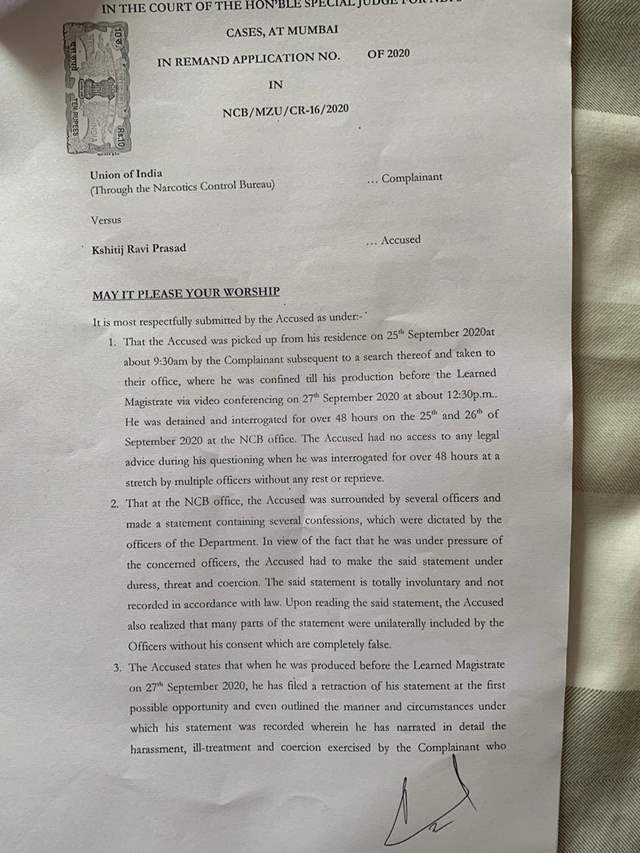 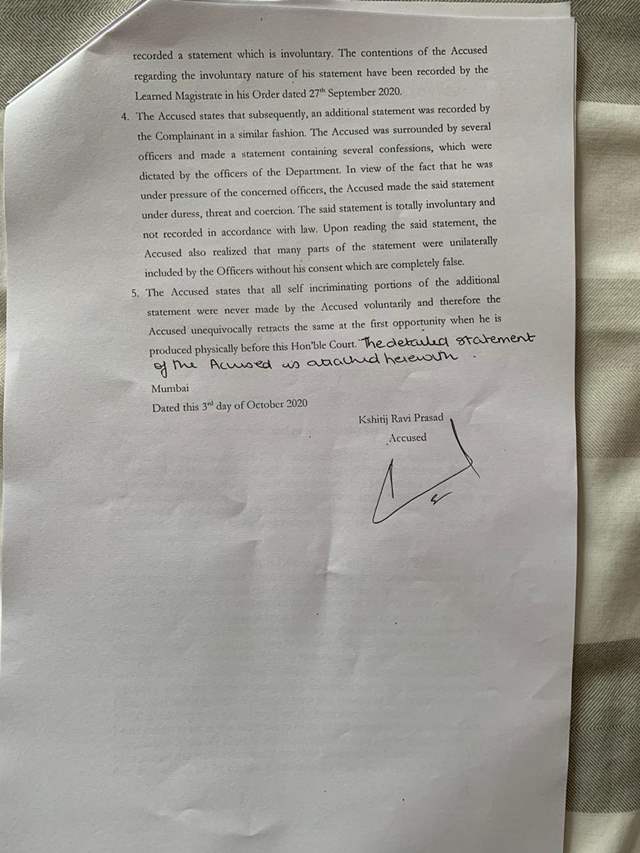 However, earlier the NCB had slammed all the claims made by Kshitij Prasad’s lawyer Satish Maneshinde and had clearly stated that all the news items that are in circulation claiming that the NCB  threatened Kshitj are mischievous and completely untrue.

According to reports, the NCB has made it very clear that there has been no physical torture or harassment. Kshitij’s family and lawyers were informed as per the procedure. He was also allowed to meet his father-in-law and wife.