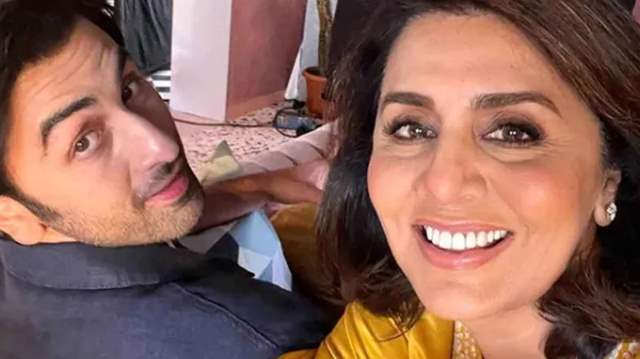 Ranbir Kapoor is on a roll these days. Everyone seems to be quite interested in his personal and professional lives. The Yeh Jawaani Hai Deewani actor is currently anticipating the release of Brahmastra, his hotly anticipated film.

Ranbir Kapoor and his mother, actress Neetu Kapoor, were recently spotted in the city by a fan as they did Puja at Ganapati Visarjan in Mumbai, ahead of the premiere of Brahmastra: Part One- Shiva. The Ae Dil Hai Mushkil actor can be seen donning a black sweatshirt and black jeans in the viral video. His outfit was complemented by a cap. While performing the aarti, Neetu Kapoor was seen decked in a royal blue kurti.

Yesterday Neetu Kapoor made headlines as she shared adorable pictures of her late husband Rishi Kapoor remebering him on his birth anniversary. Taking about Ranbir, he recently attended a press conference held in Hyderabad along with Alia, Karan Johar and Mouni Roy. They were also joined by the south stars Nagarjuna, Jr, NTR and director S.S. Rajamouli. 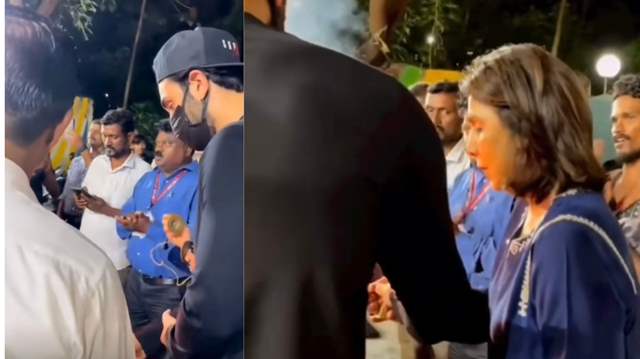 The cast is all set for the theatrical release of the film on 9th September.

Brahmastra will star Alia Bhatt, Ranbir Kapoor, Amitabh Bachchan, Mouni Roy, and Nagarjuna in the lead. Additionally, Shah Rukh Khan will make a cameo appearance in the movie. It is intended to be the first part in a trilogy that is part of the "Astraverse," a fictional cinematic universe. In addition to English, Brahmastra: Part One- Shiva will also be released in Tamil, Telugu, Kannada, and Malayalam.

Ranbir, on the other hand, has a boatload of fascinating movies in the works. The film Animal, directed by Sandeep Reddy Vanga, starring Anil Kapoor and Rashmika Mandanna, will be his next appearance. He will also be a part of Luv Ranjan's untitled project.

+ 11
2 months ago Where was Aaliya when the aarti was going on . I hope she got the chance to do aarti of Bappa ji with hubby.