View Profile
Not long ago, it was reported that actor Ranbir Kapoor - 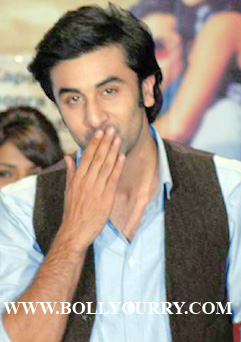 while making the promotional rounds for his much anticipated forthcoming film, Rockstar - is less than enthusiastic about the idea of starring in remakes. If they are of his illustrious family's production house, he is even more resistant towards them.
At a more recent event, Ranbir caught the attention of many a listener when he expressed an interest in one possible exception - a remake of RK Films' all-time classic, Jaagte Raho. To Ranbir, this film his grandfather presented in the late 1950s is still relevant for today's audiences, and that it is still a complete entertainment package.
According to Ranbir, the film educates, entertains, makes you laugh, makes you cry and above all, conveys a positive message for humanity - all at the same time! He was even heard marking similarities between his upcoming film by stating that the former has an energetic vibe similar to that of the latest song "Sadda Haq" from his film Rockstar.
Given the perennial complaint that contemporary cinema lacks the quality of yesteryear classics, we would surely like to see Ranbir move forward with this interesting idea!