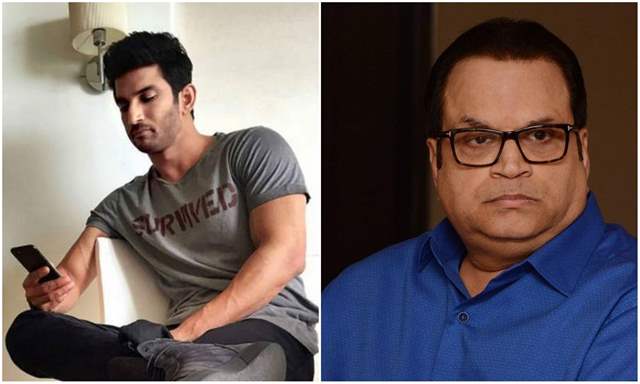 Sushant Singh Rajput was found dead at his Bandra residence in Mumbai on June 14 2020. Just a day before his unfortunate and untimely demise, the actor had spoken to filmmakers Ramesh Taurani and Nikkhil Advani over a conference call.

Reportedly, Sushant was in talks for a new project and Ramesh Taurani confirmed the same as well. However,  several theories behind  Taurani's phone call to Sushant a day prior to his demise surfaced online.

Explaining about his phone call to Sushant on 13th June at about 2.15 pm, Taurani said:

"After exchanging pleasantries, Nikhil Advani (filmmaker) and I had narrated a story idea to Sushant. And yes we were on a conference call with him and his manager Uday."

He added, "This journalist also asked me how he sounded on the phone and I’m not aware as to how you can deduce anything about a person’s feeling over a professional phone call. Our call was brief, for approximately 15 minutes, and he liked the idea and we were in preliminary talks. That’s about it."

"Instead of encouraging wrongful theories about the industry and about his associations, I am requesting everyone to have faith in the system and let the authorities do the needful. And I request everyone to stop calling as we need to refrain from commenting any further on this unbelievable and tragic loss. I sincerely hope he’s resting in peace."

Meanwhile, the Central Bureau of Investigation has taken over Sushant Singh Rajput's death case. Girlfriend Rhea Chakraborty along with brother Showik Chakraborty were summoned and interrogated at the ED office for long hours in connection to the money laundering angle.

Shruti Modi and Sidharth Pithani are currently being interrogated at the ED office on Tuesday, August 11 2020.

Ramesh Taurani Spoke To Sushant a Day Before He Passed Away; Was To ...

review
Review Shriya Pilgaonkar and Iqbal Khan steal the show away in the ...
-17 seconds ago

Neil Bhatt talks about prepping up for Ghum Hai Kisikey ...
-17 seconds ago